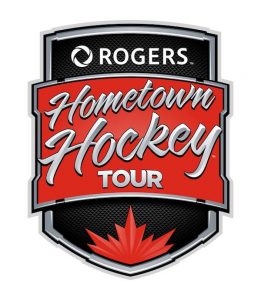 Rogers Hometown Hockey is hitting the road for the upcoming 2018-19 NHL season and two Manitoba communities are on the list.

“In a hockey culture as rich as Canada, we still have so many stories to share this season,” Slone said in a release on Tuesday.

“As we hit the road for a season complete with special milestones and visits to new communities like CFB Esquimalt and Enoch Cree Nation, we look forward to uniting all Canadian communities through the sport they love — hockey.”

The broadcast matchup in Winkler will be when the Winnipeg Jets play on the road against the Columbus Blue Jackets. Hockey fans in Steinbach will see Winnipeg visit the Washington Capitals. Both games will air on Sportsnet at 5:30 p.m. CT.