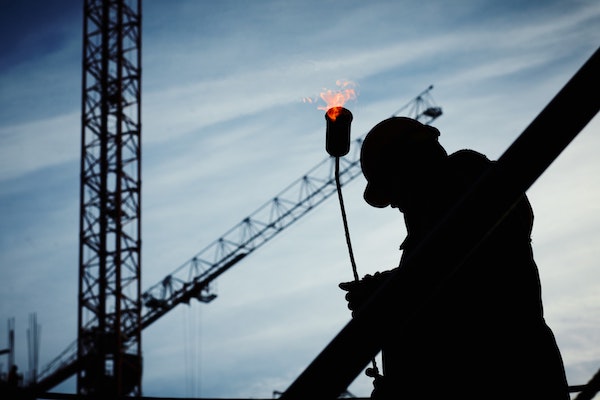 NEEPAWA, Man. — What if we’ve been thinking about work all wrong? I recently watched a TED talk by Mike Rowe, best known as the host of the Discovery Channel’s TV show, “Dirty Jobs.” The talk is almost a decade old, but the issues remain relevant today.

Dirty Jobs had a simple concept, Rowe and his crew would spend each episode working a “dirty job,” something not so glamorous, yet essential. The goal was to showcase the hardworking people we need for modern society to thrive. In each episode, Rowe would act as the apprentice, getting his hands dirty under the direction of the person being profiled. The program gave him the unique experience of working with everyday Americans in all 50 states.

Working these jobs caused Rowe to question the conventional wisdom about work. “People who work dirty jobs are happier than you think. As a group, they’re the happiest people I know,” he explains. This realization led him to question firmly held beliefs about what is necessary to be happy with your work and by extension, life.

This first target is the idea that you should follow your passion. It’s a commonly heard refrain, but according to Rowe, it was probably the worst advice he ever got. Many of the people who have been profiled on the show didn’t follow that advice, but instead, found an underserved niche. They found success not by following their dreams, but by watching where everyone was going and going the other way. These people are passionate, they just found their passion once they were in the industry.

Rowe has been a strong critic of the idea that only a four-year university degree will bring success. He sees the mismatch — graduates with high debt but no job prospects, and well-paying skilled trades jobs going unfilled. Times have changed, but our attitudes and preconceptions haven’t kept up. Collectively, we’re afraid to get our hands dirty and collectively, we’re all suffering for it.

“We’ve declared war on work, as a society, all of us. It’s a civil war. It’s a cold war, really,” he says. This war against work, the jobs that actually make and fix stuff, has been waged on multiple fronts. For example, Hollywood usually portrays working people as the punchline of a joke; on screen, plumbers are 300 pounds with a usually visible buttcrack.

Advertising, no matter the product, sells the dream of doing less work. Commercials paint a better life in which we’re home earlier and retire a little sooner. But what if your work gives you a sense of satisfaction? What if you can look back on your day, week, or year with pride at all the widgets you’ve made and people helped by doing your job? Shouldn’t that be something to aspire to?

Then there are the different ways we view innovation versus imitation. We celebrate the genius that creates things like the iPhone, yet, explains Rowe, that technology would be nothing without the people who physically make the product.

In rural communities, we have a stronger appreciation for “dirty” jobs. Maybe because our ranks are full of farmers and tradespeople; they’re us, our friends, our neighbours or our family. We know them to be smart and hard workers. We understand the sense of accomplishment and satisfaction that accompanies many of the jobs, because we have felt it ourselves. But in places where the disconnect is greater, the war against work that Rowe talks about is real.

Once upon a time, we could predict with relative certainty the path to prosperity and happiness, but there are no longer any cookie cutter solutions. More than anything else, it’s a case of simple economics, anything that is in high demand and short supply, is valuable.