Canadian Military Imposes Restrictions on Use of Recreational Marijuana 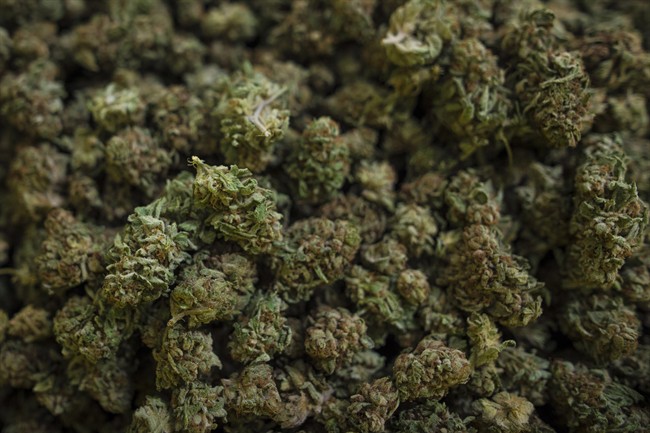 Cannabis harvested at the CannTrust Niagara Greenhouse Facility in Fenwick, Ont., is photographed on June 26, 2018. The Canadian Forces is placing limits on when military personnel can use recreational marijuana once it becomes legal, with the restrictions based largely on service members’ jobs and current or upcoming missions. Supervisors are also being given directions on how to recognize whether their troops might be under the influence, including red or glassy eyes, slow reaction times, anxiety and unusual talkativeness. (THE CANADIAN PRESS/ Tijana Martin)

OTTAWA – The Canadian military has unveiled new restrictions on when service members can use recreational marijuana — and warned those in uniform could face disciplinary action or charges if they fail to comply.

The restrictions and warning are contained in a new policy released Friday, in which defence chief Gen. Jonathan Vance says military personnel will be expected to “make responsible choices” when it comes to using the drug.

The policy comes just weeks before weed becomes legal next month and follows a year of internal deliberations as officials sought to balance that new reality against the need to ensure the safety and security of personnel, equipment and missions.

The new restrictions are more stringent than those governing the use of alcohol and include a blanket requirement that all military personnel abstain from using marijuana at least eight hours before going on duty.

There is also a complete ban on marijuana use by personnel deployed on overseas missions or training as well as on military aircraft and ships.

There is also a 24-hour restriction on service members who plan to handle or maintain a weapon, ammunition or piece of equipment, and a 28-day restriction on the military personnel who are about to serve on submarines and military aircraft, or who are planning to operate a drone.

Those who break the rules or are otherwise suspected of “misusing cannabis” can face a variety of disciplinary actions as well as charges, and service members who suspect a colleague of such misuse are required to report the matter.

Supervisors have also been given directions to help recognize whether their troops might be under the influence, including to look for red or glassy eyes, slow reaction times, anxiety and unusual talkativeness.

Drug tests can be ordered in some situations, and commanders can ask Vance to impose more restrictions based on individual unit needs and requirements.

Set to take effect on Oct. 17, the same day recreational marijuana becomes legal, the policy represents the first of its kind in the federal government, though the RCMP is finalizing its own version.

It will apply to all 100,000 uniformed members of the Canadian Armed Forces as well as the roughly 25,000 civilians currently employed by the Department of National Defence.

The fact the military has moved to restrict the use of marijuana by those in uniform shouldn’t be a surprise given a current six-hour restriction on alcohol use, said Royal Military College professor Christian Leuprecht.

And while some may argue about the new time limits, he said, “I don’t think it’s asking too much for people not to have smoked dope within 24 hours before handling a weapon system.”

Alcohol has also been banned from Canadian naval vessels since 2014.

Still, the new policy, especially the 28-day restriction on those preparing to serve on submarines and aircraft, does mean that, unlike alcohol, certain members of the Canadian Forces will be effectively banned from using marijuana.

That did not sit well with some military personnel, who questioned that restriction on online forums, although others supported the limit given research suggesting it takes that long for the substance to leave a person’s system.

The Department of National Defence did not immediately respond when asked how it arrived at the different time limits.

Other organizations such as commercial airlines have been waiting for the military to release its marijuana policy, Leuprecht said, and he suspects their own directives will look similar.

“So it will be drilled into people as part of pilot selection,” he said.

“And other entities in Canada are going to look to the military to see what’s a reasonable policy that they could also defend in court if challenged by an employee. And the military will have thought about this.”