Home » Sports » ‘Through the Roof:’ Attendance Up as Assiniboia Downs Ends 61st Season

‘Through the Roof:’ Attendance Up as Assiniboia Downs Ends 61st Season 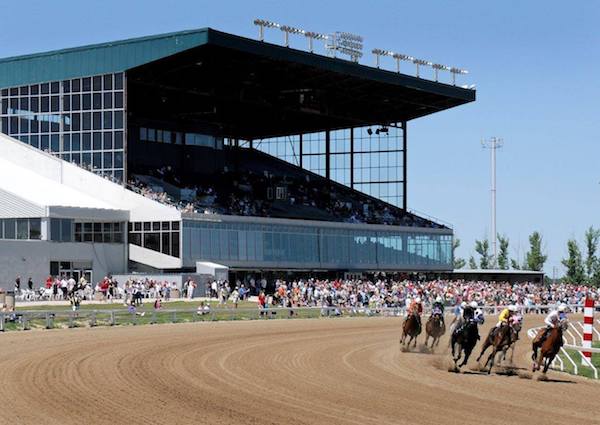 WINNIPEG — Attendance and wagering at Assiniboia Downs were both way up to mark the track’s 61st season, which ended Sunday afternoon.

“Without question, it starts with the customers,” said CEO Darren Dunn.

“The attendance was again through the roof. Continuing to move the needle in the right direction with that kind of support made the season totally worthwhile.”

On Canada Day alone, the track saw more than 10,000 people pack the stands.

Per-race wagering was up six percent to $33,997 compared to $32,052 last year. This included partner wagering from other racing venues in North America which carried Assiniboia Downs races.

Assiniboia Downs has the distinction of having the winningest horse in North America, Hot Rodin, a five-year-old gelding, who recently won his sixth race at the Downs, giving him a total of eight on the year. His other two wins came at Turf Paradise in North America.

The Downs continues to be open to race fans, but will focus on simulcast races from North American and Australian tracks.

← Previous: Man Sends Email to 246 Women, Hoping One of Them is the Nicole He Met the Night Before Next: Barra MacNeils Christmas Show Returning to Centennial Concert Hall →
Tags: Assiniboia Downs | Winnipeg