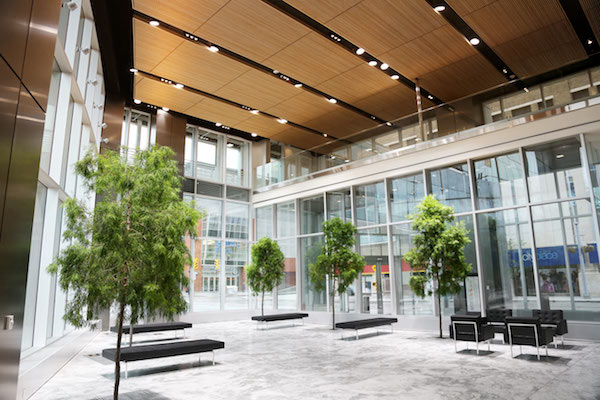 The lobby of True North Square is shown. The multi-building downtown development will officially open on September 27. (HANDOUT)

WINNIPEG — True North Square is being backed by up to $11.95 million in tax increment financing by the province.

“We are thrilled to partner with the Province of Manitoba on this exciting project, which is the largest privately developed real-estate venture in Winnipeg’s history,” said Jim Ludlow, president of True North Real Estate Development.

“It is a great example of how private-public partnerships can work to help shape communities through the building of important public spaces.”

The province is also supporting the development of True North’s 194-unit residential tower at 225 Carlton St. adjacent to the office and retail tower located at 242 Hargrave Street.

The official opening of True North Square is slated for September 27.