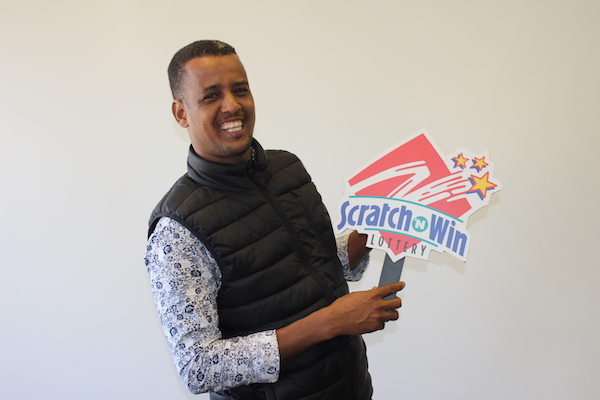 A Winnipeg man is very, very lucky when it comes to the lottery.

Melhig bought his winning ticket from the Giant Tiger store at 507 London Street in Winnipeg. He bought his previous ticket in April from the RN Convenience Store at 495 Sargent Avenue, near where he lived at the time.

After his first win, his family moved out of their apartment and into a comfortable home.

While visiting Giant Tiger in mid-August, the clerk handed him a $20 bill as change, but he asked for a Scratch ‘N Win ticket instead. That ticket turned out to be $2 million winner.

Melhig wants to continue to build for the future with this latest winning, saying he has ambitions to buy a business.

“Maybe a gas station or car wash,” he added. “But my main goal is to go to school. I want to improve my English and communication. And I want to learn something useful, like carpentry.”

Any thoughts of retiring are years away.

“I’m young,” he said. “You always need to think about how to grow.”