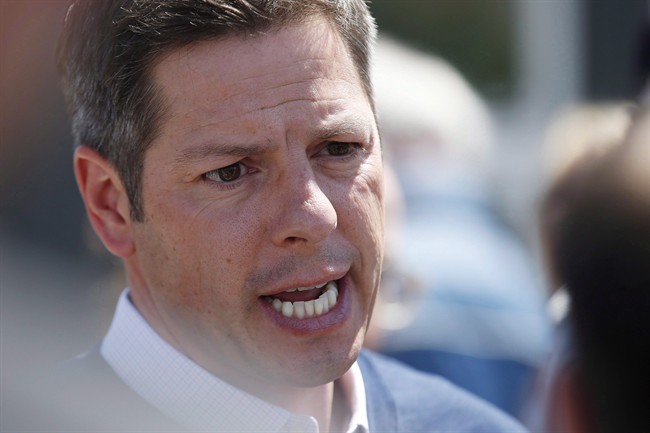 WINNIPEG — Mayor Brian Bowman officially kicked off his re-election campaign Thursday with supporters during a rally at the RBC Convention Centre.

Bowman was first elected in 2014 and vowed to keep the momentum going if re-elected next month.

“Four years ago, our campaign began with a small team of supporters with only a nickel or two in the bank account, single digits in the polls, but our hearts were big, our ideas bold, our hope strong, and our belief in our city was unlimited,” Bowman said.

“That is why we promised change and vision in 2014. And over the last four years, I believe we’ve changed as a city and that we’ve changed for the better.”

If elected to return to office, Bowman said his focus will be on continuing to build a safe and inclusive city for families, building a stronger government and growing Winnipeg and its economy.

Bowman said citizens can’t be complacent, saying some other candidates have no vision or want to move the city backwards instead of forward.

“And there are special interests and partisan agendas that want to take back control of the Mayor’s Office,” he said.

Incredibly honoured by the strong support shown at tonight's campaign kickoff event! Proud to have the opportunity to continue moving forward with a vision of a growing and thriving Winnipeg! pic.twitter.com/9w1frYn8UW

← Previous: Students, Staff Banned from Winnipeg School Sports Field Due to Lead Concerns Next: For Bridgwater Neighbourhoods, 'Designed to Be Neighbourly' is More Than a Catchy Ad Slogan →
Tags: Brian Bowman | Winnipeg