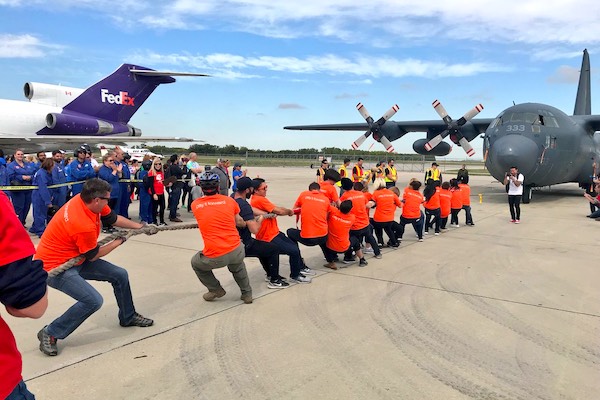 WINNIPEG — The United Way Winnipeg has set a fundraising goal of $21 million for its 2018 campaign, making it the largest one ever.

During the 15th annual United Way Winnipeg Plane Pull and campaign launch on Friday, nearly 2,000 Winnipeggers pitched in to help pull a C-130 Hercules and a Boeing 727 at Red River College’s Stevenson Campus. The friendly competition between 70 workplace teams helps raise funds for the community and support the organization’s causes.

“That doubles the help you give. Double the mentorship and mental health support for young people,” Gamey said. “More families rising out of poverty, and stronger communities across our city.”

Existing leadership level donors who increase their annual donation will see that increase matched up to $300.

Donations can be made online by visiting unitedwaywinnipeg.ca.

Our volunteer Campaign Chair Barb Gamey: ”Every gift makes a difference.” It truly does. pic.twitter.com/urbGogIC7n