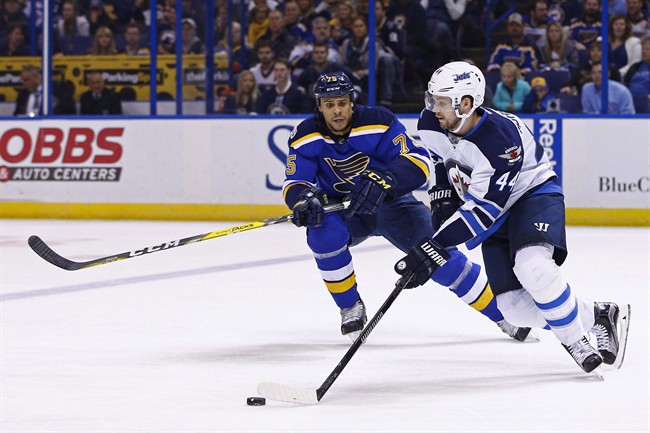 Winnipeg Jets’ Josh Morrissey, right, skates with the puck as he is pressured by St. Louis Blues’ Ryan Reaves during the second period of an NHL hockey game Saturday, Dec. 3, 2016, in St. Louis. (THE CANADIAN PRESS/ AP/Billy Hurst)

The Winnipeg Jets have signed defenceman Josh Morrissey to a two-year contract worth $6.3 million.

The Calgary native recorded 26 points (7G, 19A) and 47 penalty minutes in 81 games for the Jets last season while leading the club with 168 blocked shots. He also a goal and an assist in 16 playoff games for Winnipeg and shared the team lead with 41 blocked shots in the post-season.