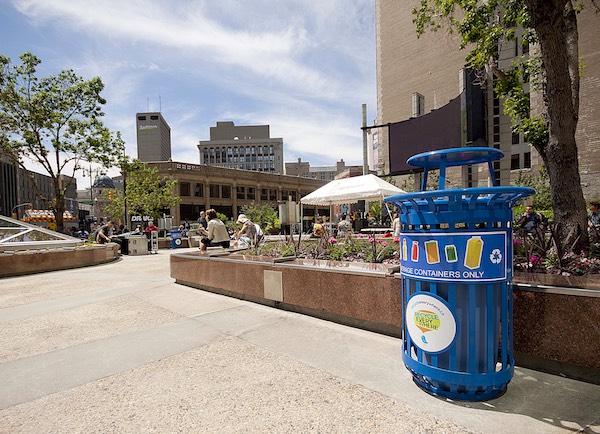 During a mayoral forum Tuesday evening at the University of Winnipeg, incumbent Brian Bowman pledged to increase recycling services at city-owned parks.

Out of the 11 large parks owned and managed by the city, only Kildonan Park offers full recycling services, according to the Canadian Beverage Container Recycling Association.

“The most frequent request we get from citizens is for increased recycling options in city parks, so we couldn’t be happier with the public commitment made by Mr. Bowman,” said Ken Friesen, executive director of the CBCRA.

“We believe this is a campaign pledge that will be very well received by Winnipeggers, and it will make an important contribution to recycling in Winnipeg.”

The Recycle Everywhere program, which is administered by the CBCRA, has over 65,000 bins distributed throughout the province, with 23,300 of those located in various neighbourhoods, hospitals, businesses and schools across Winnipeg. The recycling bins are provided to municipalities free of cost.