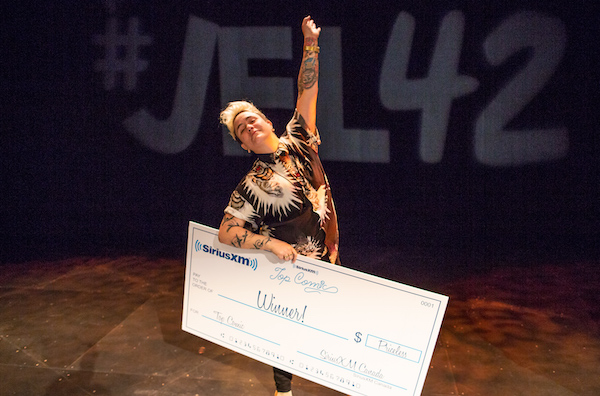 “Thank you so so so much to the judges and to Canada for voting!” said Marostica. “Every single one of my competitors crushed it. This is a huge day for trans visibility and I’m honoured to be SiriusXM’s Top Comic.”

The competition saw hundreds of comics register from across Canada in the spring, where only 60 were selected to compete at the Calgary and Toronto auditions over six nights in May. Eighteen semi-finalists were chosen to participate in a Canada-wide online vote, with eight moving forward to last night’s finale.