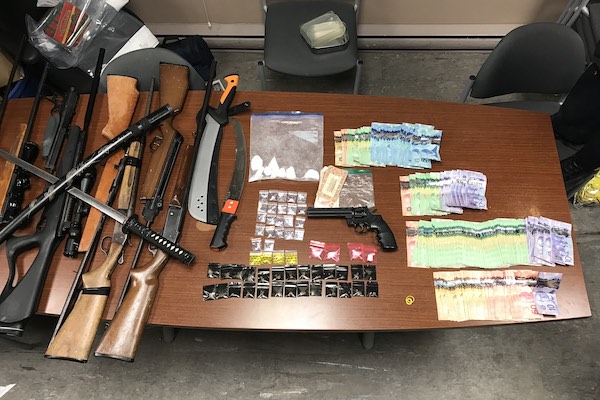 Drugs, weapons and cash were seized during a raid on a home in Crane River, Manitoba on September 21, 2018. (RCMP HANDOUT)

Three people in police custody after RCMP found guns, drugs and cash at a home in Crane River, Manitoba.

RCMP executed a search warrant at the residence on September 21 and located approximately 152 grams of cocaine, eight firearms and a large sum of Canadian currency.

Charges against all three suspects are pending.

Crane River is located about 300 kilometres northwest of Winnipeg.