A Beef with Meat: Jackman-Atkinson 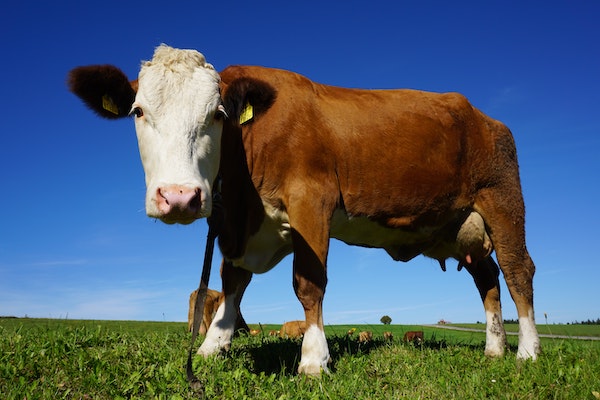 NEEPAWA, Man. — Every hero needs a villain and it seems that farmers are unknowingly being cast into that role.

At the end of July, New York-based company, WeWork, announced they would no longer support the consumption of meat. Not only would they not serve red meat, pork or poultry to their 6,000 workers at company events, but they will also no longer reimburse employees’ expense claims for meals which include meat.

WeWork’s co-founder and chief culture officer, Miguel McKelvey, said in a statement, “New research indicates that avoiding meat is one of the biggest things an individual can do to reduce their personal environmental impact.” He further wrote that the meat ban is an effort to reduce the company’s carbon footprint.

WeWork is a strange combination of a tech and real estate company. It offers co-working spaces around the world; essentially, they negotiate long-term leases from landlords and rent that space out to short-term tenants. While often described as a technology company, WeWork is really an international real estate company.

There are lots of holes in this save the planet rhetoric. For example, chicken isn’t allowed, but eggs are; the commercial production of both is pretty similar. Fish is allowed, but let’s not forget the not-insignificant environmental impact of fish farms.

Despite the policy being wrapped in a green bow, it’s hard to see it as anything but a ploy. While the ban on meat may make those at head office feel morally superior, what does it mean for sales reps meeting with clients around the world? If a potential landlord orders a steak at a business meeting, who pays for it if the company trying to woo them won’t? I pity the poor HR staffer who has to act as the meat police.

Some have pointed to the policy as another step in the trend of technology companies blurring the lines between home and work. Some have pointed to it as a legal way of hiring a certain type of employee. A company can’t discriminate in their hiring practices, but this type of policy is likely to attract a potential hire who is of a privileged background and eager to drink the Kool-Aid. That’s not to imply that the rest of us don’t care about the environment, but we’d rather make our own choices than being told what to eat.

The policy is also a way to differentiate the company from its competitors and gives WeWork a certain cachet. It has certainly given them a lot of free publicity. Love or hate the policy, I’m sure a lot of people had never heard of the company before this.

Bottom line, banning meat is also a surefire way to save money. If the company really wanted to put its money where its mouth is, it would have taken a stand on the type of real estate is used, something that actually aligns with the core business. WeWork has over 400 locations in more than 75 cities. It leases a combined area of about 10 million square feet. It could have said it would only lease space in LEED-certified buildings. It could have required all of its office space to use LED light bulbs or smart thermostats or any number of initiatives that reduce energy consumption. It could have positioned itself as a green real estate company in a way that really matters, and not just to other billionaire tech CEOs.

For someone far removed from the real life of food production, agriculture is a convenient target. Going forward, this will be the major type of threat the industry will face — it won’t be drought or flood, it will be policies made by those and for those with no understanding of the realities of where their food comes from.