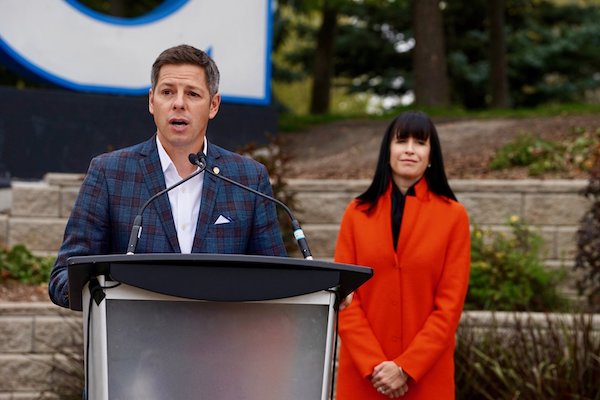 Mayor Brian Bowman speaks at an announcement Tuesday at The Forks as the city received an award to be recognized as the 2018 IFEA World Festival and Event City. (TYLER WALSH / ECONOMIC DEVELOPMENT WINNIPEG)

Winnipeg has been named a 2018 IFEA World Festival and Event City.

The award comes from the International Festivals and Events Association (IFEA), making Winnipeg only the second city to ever receive the recognition.

Economic Development Winnipeg says the award is presented annually to cities who “demonstrate community leadership and ongoing, concerted efforts and support to create a local environment that is conducive to and encourages the success and growth of festivals and events.”

“Winnipeg’s many festivals and events have helped put our city on the international map. This recognition by IFEA is proof that Winnipeg is one of the best places in the world for events of any size and scope, and is a testament to our city’s world-class culture and spirit,” said Dayna Spiring, president and CEO, Economic Development Winnipeg.

Winnipeg received its award on Monday at the IFEA Awards Luncheon, part of the 63rd Annual IFEA Convention & Expo in San Diego, California.