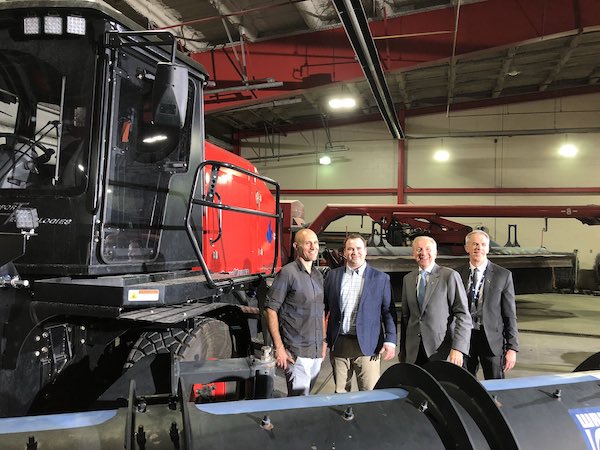 Winnipeg’s James Richardson International Airport is trying out self-driving technology to keep its runways clear of snow this season.

Winnipeg Airports Authority has partnered with two Manitoba-based companies to pilot an autonomous snowplow this winter.

The plow, a product of Northstar Robotics Inc. and Airport Technologies Inc., will be tested in early 2019 during the worst of Winnipeg’s winter.

“Our commitment is to lead transportation innovation and growth for the benefit of our community,” said Barry Rempel, president and CEO of WAA.

“This partnership is a great example of bringing the incredible talent in our province together to find new and better ways to tackle challenges.”

An ATI Snow Mauler will be modified to operate autonomously, the WAA says. Once ready to go, it will be tested in low-risk areas of the airport away from active aircraft.