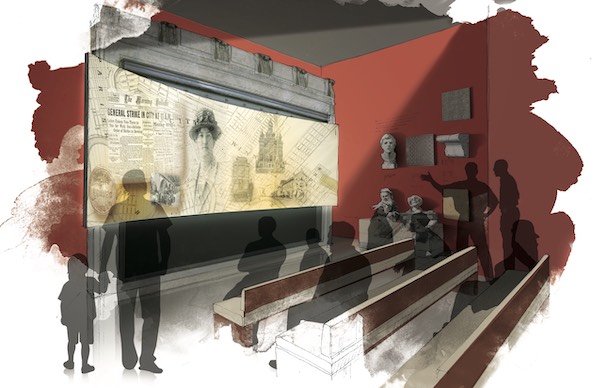 A new Winnipeg Gallery will open at the Manitoba Museum in the fall of 2019, highlighting the city’s rich heritage and growth as a city. (HANDOUT)

WINNIPEG — The Manitoba Museum will be able to renew nearly half of its galleries with a $1 million grant from the Winnipeg Foundation.

The grant will support the Bringing Our Stories Forward Capital Renewal Project, supporting a refresh to 42 percent of the museum’s galleries, including a new Winnipeg Gallery, along with the Grasslands, Orientation, and Urban Galleries.

The Nonsuch Gallery was the first of the galleries to be renewed and reopened in June 2018.

The new Winnipeg Gallery will feature a theatre with a large-screen video and photo montage timeline of Winnipeg’s notable and rich history. Complementing this overview will be a variety of multimedia exhibits and artifact cases that explore themes important to Winnipeg’s growth as a city.

The Winnipeg Gallery is set to open in fall of 2019, with Grasslands and Orientation Galleries opening in 2020, in time for the Manitoba Museum’s 50th anniversary and the province of Manitoba’s 150th anniversary.