Home » Columns » Seniors a Vital Part of Our Communities: Jackman-Atkinson

Seniors a Vital Part of Our Communities: Jackman-Atkinson 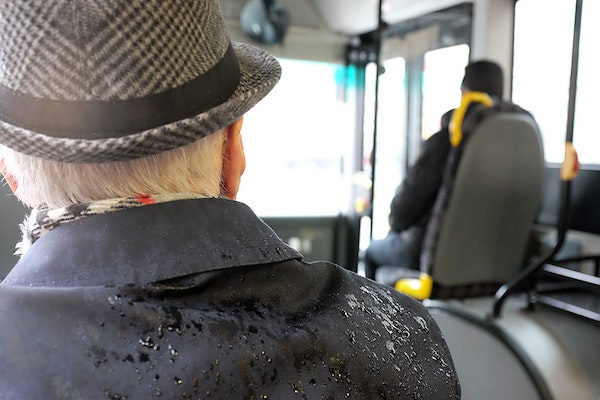 NEEPAWA, Man. — Through their knowledge and their efforts, seniors give a tremendous amount to our towns, villages and rural municipalities. In this week’s paper, we are celebrating Seniors’ Week, which aims to recognize the contributions made by seniors to our communities. You don’t have to look far to see the vital role they play.

The population of seniors in Canada is growing and the 2016 Census showed that our country had reached a milestone; for the first time ever recorded, there were fewer children than seniors. The fastest growing segment of the population in Census 2016 was those over 100 years old. It wasn’t a surprise, just the end result of two long-term trends: longer life expectancies and declining birth rates. These trends aren’t expected to reverse and by 2031, Statistics Canada predicts that almost a quarter of Canada’s population will be over 65-years-old.

In some communities, the numbers are even more dramatic. For example, in Neepawa, there were 930 residents over 65 years of age, compared to 835 under 14 years of age. Seniors made up 20 percent of the town’s population. While some municipalities, such as Oakview, Riverdale and Rosedale buck this trend, in almost all rural communities, seniors form the core of many volunteer groups.

In 2010, Statistics Canada looked at volunteering in Canada. They found that 36 percent of seniors volunteered. While this number might seem a little low when you look to those giving time in your communities, there are a few factors at play.

While younger Canadians are more likely to volunteer, probably due in part to school requirements, seniors put in the most hours. The survey found that youths aged 15 to 24 gave an average of 130 hours a year. Seniors, on the other hand, averaged 223 hours a year.

While not age specific, Stats Can found that a small proportion of volunteers do most of the work. They found that in 2010, 53 percent of the volunteer hours given to not-for-profits and charitable organizations were performed by 10 percent of the volunteers. These dedicated volunteers gave more than 390 hours to their volunteer work, the equivalent of at least 10 weeks in a full-time job. When you take into account health challenges which can reduce the number of seniors who can volunteer, the statistics show that a small number of seniors are responsible for the bulk of volunteer work being done.

Seniors are an extremely valuable part of our communities, both in terms of the work they do and their crucial ability to help lead and mentor the next generation. When I think of my involvement in local organizations, I was either recruited or inspired by a senior in the community. I can point my direct involvement to the role they played in opening my eyes to the organization.

Communities work best when we can leverage the diverse assets each group brings to the table. As individual seniors look at stepping back and taking a very well deserved break, I hope they will do one more task for the communities they clearly care so much about; share their passion with someone younger to help these valuable community assets carry on.

Seniors play a vital role in our communities, but beyond the countless hours behind the scenes and in the public eye, for me, Seniors’ Week is about recognizing those who cared enough about their communities to create something of value all of us can share in.