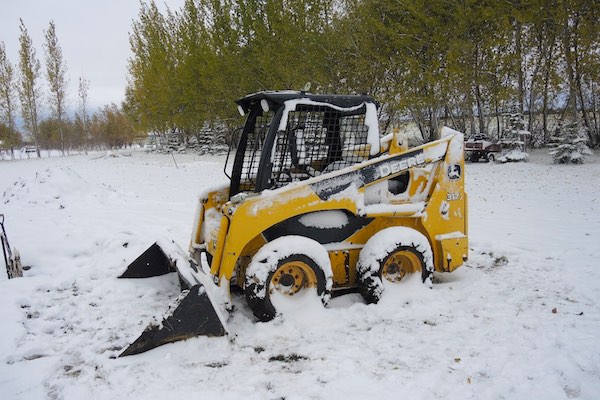 A stolen skid steer was just one piece of equipment recovered from a property in the RM of Brokenhead following a search warrant. (RCMP HANDOUT)

Two men have been charged after RCMP discovered a stolen trailer from the Lac du Bonnet area during a traffic stop on Highway 59.

Police later executed a search warrant at a home in the RM of Brokenhead, where several snowmobiles, an outboard motor and a skid steer were recovered.

Neigel Ryan Noel, 49, and Cory John Oger of Winnipeg, 40, have been charged with possession of stolen property and possession of break-in instruments. Noel was also found to have four outstanding warrants.

Officers also arrested a 41-year-old man living in the home and charged him with possession of stolen property. He will appear in Beausejour court at a later date.