Light It Up: Pot Stores Open in Manitoba as 100-Year Cannabis Prohibition Ends 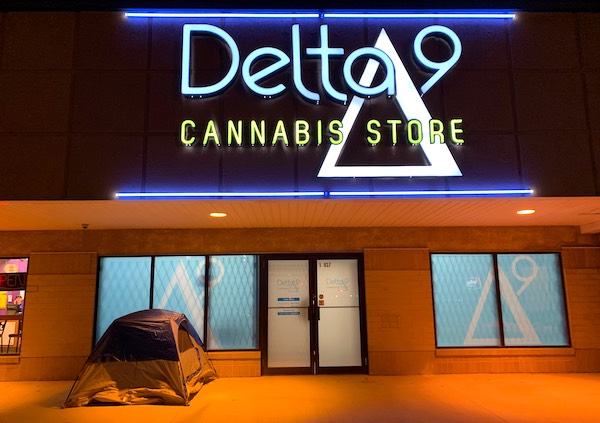 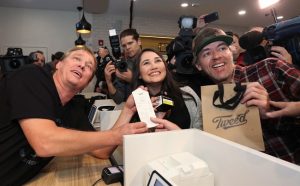 Canopy Growth CEO Bruce Linton, left to right, poses with the receipt for the first legal cannabis for recreation use sold in Canada to Nikki Rose and Ian Power at the Tweed shop on Water Street in St. John’s N.L. at 12:01 am NDT on Wednesday, October 17, 2018. (THE CANADIAN PRESS/Paul Daly)

WINNIPEG — Recreational cannabis is now legal in Canada, signalling the start to a retail landscape many aren’t yet familiar with.

Company Delta 9 opened their first bricks and mortar store Wednesday in St. Vital as hundreds streamed through the doors at 10 a.m.

Delta 9’s sales began online at 12:01 a.m., quickly selling out of most strains just hours later. The company says it will be restocking its online offerings throughout the day, to be delivered same-day via Pineapple Express courier.

Delta 9 will carry its own products in-store, as well as cannabis products from Canopy Growth, and Broken Coast Cannabis, among other suppliers.

Delta 9 has plans to open four retail stores in Manitoba during 2018 and has been pre-qualified by the province to open in rural areas in the future.

Across the city at Tokyo Smoke, the retailer also opened at 10 a.m. and has several brands of cannabis available, such as Seven Oaks, Royal High and Edison. Tokyo Smoke says it has deliveries of more brands arriving daily over the next two weeks.

Like Delta 9, it also has an e-commerce store and will be rolling out two-hour delivery in the Winnipeg area in the coming days. For those living outside of the city, online cannabis sales will be available soon, the company says.

Two additional Tokyo Smoke stores will be opening in Winnipeg within the next month (264 McDermot Avenue and Unit 2-437 Stradbrook Avenue) with another one opening in Brandon by the end of the year.

The Liquor, Gaming and Cannabis Authority of Manitoba has so far approved six stores to sell cannabis in Manitoba.

On Canada’s east coast, Newfoundlanders were among the first to purchase legal cannabis just after midnight local time.

“I’m having a plaque made with the date and time and everything,” Ian Power, who was first in line outside a St. John’s cannabis shop that opened at 12 a.m. local time, said after his purchase.

“This is never actually going to be smoked. I’m going to keep it forever.”

Manitoba has a ban on public consumption of cannabis, however, in many provinces and territories, smoking or vaping of cannabis is allowed in public places where tobacco is permitted.