Local Musicians Playing in Support of Opening Portage and Main 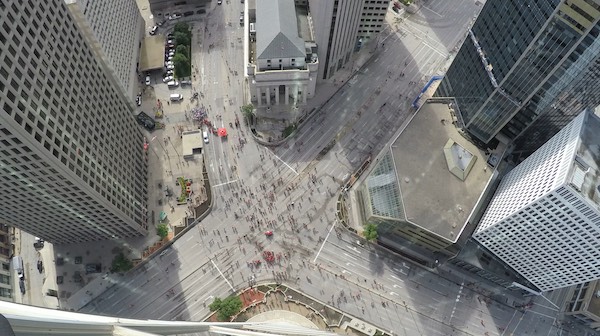 Open Fest is being put on by the volunteer-run Vote Open coalition and the Downtown Winnipeg BIZ. (VOTEOPENWPG.CA)

WINNIPEG — Local musicians are getting behind the drive to open Portage and Main to pedestrians.

The event is a push to drum up public support for the referendum question on next week’s civic election ballot, asking voters whether or not the barriers at Winnipeg’s most iconic intersection should come down.

“It’s so encouraging to have the support of the local musicians and business owners who bring so much culture to this city,” said Anders Swanson, executive director at the Winnipeg Trails Association and Open Fest concert organizer.

“Open Fest is a way to end the election in a positive way by celebrating Winnipeg’s culture.”

Richardson Plaza will host the main stage with concerts, speakers, coffee and donuts. Across the street at 201 Portage, local beer will be flowing from Little Brown Jug, Nonsuch Brewing Co., Lake of the Woods brewing company and cocktails by Forth. Concert performances include Royal Canoe, Mahogany Frog, JP Hoe, Sweet Alibi, members of Red Moon Road, local DJs and more. The Purple Room will also be hosting an open mic from 5 p.m. to 9 p.m.

Admission is free and donations will be accepted for the Children’s Rehabilitation Centre at Richardson Plaza. Open Fest runs from 2 p.m. to 11 p.m.