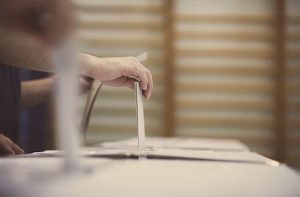 Advance voter turnout is setting records in Winnipeg’s municipal election, thanks in part to an easier voting process.

Numbers released Friday by the City of Winnipeg report an estimated 39,500 people have taken part in advance polls to elect mayor, council and school board trustees.

“From polling stations at malls across the city to new technology such as poll pads and additional automatic voting machines, our goal was to simplify the process, reduce wait times, and improve service for people casting a ballot,” Lemoine said.

Residents are encouraged to check their Voters Notice to find their designated voting location, or by visiting Winnipeg.ca/wheredoivote and plugging in their address.