Manitoba Government Backbencher Forced Out After ‘Pattern of Inappropriate Behaviour’ 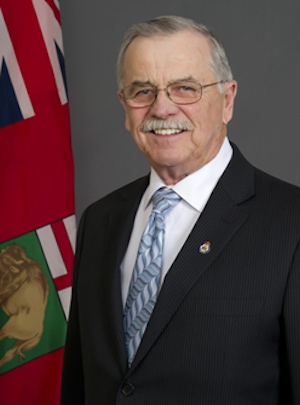 WINNIPEG – A Manitoba government backbencher who made inappropriate comments to female staff has been ousted from the Progressive Conservative caucus.

Caucus chair Wayne Ewasko said he and his colleagues made the decision Monday to expel Cliff Graydon after discussing what he called “repeated inappropriate behaviour.”

“While we do not take this decision lightly, it has become apparent that previous attempts with Mr. Graydon to address a pattern of inappropriate behaviour have not succeeded,” Ewasko said in a written statement.

“We have acted fairly, swiftly and respectfully in dealing with this difficult matter while ensuring all policies and procedures were followed and that the privacy and confidentiality of all parties involved were respected.”

Media reports earlier this month quoted unnamed sources as saying Graydon invited two women on separate occasions to sit on his lap, and invited another to lick food off his face.

Premier Brian Pallister said Graydon is also being removed from the board of Crown-owned Manitoba Hydro and will not be allowed to seek the party’s nomination in the next election.

No one in the government caucus would discuss details of Graydon’s actions. Pallister said he wanted to respect the privacy of anyone who came forward, and hoped the dismissal sends a message.

“It sends the right signal, I think, about changing the culture around here.”

Graydon was not in the legislature chamber Monday and did not respond to interview requests. He has previously acknowledged making comments to one staff member, although he has not discussed details.

He announced last week that he was going on medical leave for an undisclosed issue and that he would not seek re-election in 2020.

Graydon, in his early 70s, has represented the Emerson constituency near the United States border since 2007.

He faced controversy last winter when he used social media to call asylum-seekers who had been crossing the border “a drain on society.” He also retweeted other people’s posts that called Prime Minister Justin Trudeau a traitor, a scumbag and a disgrace.

Graydon apologized, deleted the tweets and agreed to step back from social media and undergo sensitivity training, the details of which were never made public.

Graydon is the third legislature member to be kicked out of a caucus since the last election in 2016. The Opposition New Democrats, saying he had sexually harassed a worker, gave the boot to Mohinder Saran nearly two years ago. Saran has denied the accusation.

The Tories ousted Steven Fletcher last year after he openly questioned government policies that included the creation of a new Crown corporation to promote energy efficiency.

Despite the changes, the Tories continue to have a large majority with 38 of the 57 legislature seats.