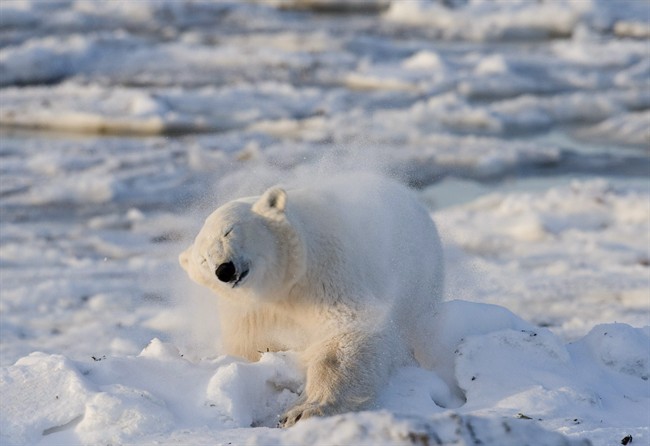 A polar bear shakes the snow off himself after a swim in Wapusk National Park on the shore of Hudson Bay near Churchill, Man., on November 6, 2007. (THE CANADIAN PRESS/Jonathan Hayward) 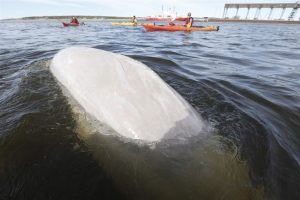 A beluga whale surfaces for air as whale watchers head out in kayaks on the Churchill River in Churchill, Manitoba, Wednesday, July 4, 2018. (THE CANADIAN PRESS/John Woods)

WINNIPEG — Manitoba’s heart is beating a little faster after hearing our province lauded by Lonely Planet.

The travel media company has singled out Manitoba on its annual list of the best travel destinations, where we placed No. 8 in the Top Regions category.

The province was highlighted for being in the middle of Canada, its multiculturalism, Churchill wildlife and being easily accessible for nature travellers.

Manitoba is, quite literally, at the centre of everything. It’s the geographical middle of Canada and a crucial point of encounter; the ancient Aboriginal people would trade their wares at what is now Winnipeg’s downtown core. The capital city has retained its multicultural flavour, with over a quarter of its population having recently immigrated from nations as varied as the Philippines, Nigeria and India. Further north, near the township of Churchill, the province acts as an important crossroads for the country’s megafauna – wandering bears and exploring whales. Increased air transfers and enhanced safari packages will now get travellers closer to nature than ever before.

?BIG NEWS! ? It's official: Manitoba has been named a Top 10 Region in the WORLD on the Lonely Planet 2019 Best in Travel List! https://t.co/0LLQfXqQyD #exploremb #explorecanada pic.twitter.com/aErXcyiDI1