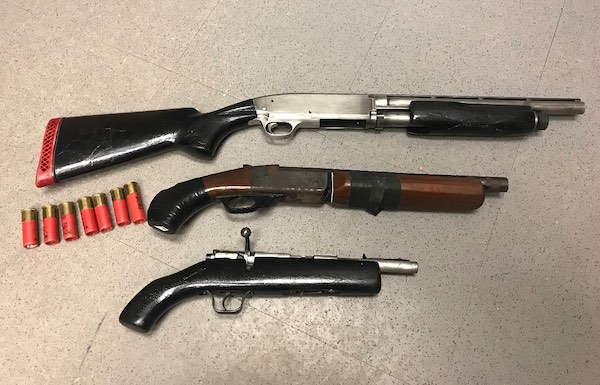 Firearms seized during a search of a Brandon home on Wednesday, October 24, 2018. (BPS)

Brandon police arrested three people on Wednesday after finding several firearms in a residence in the 1400 block of 9th Street.

A 32-year-old Brandon man was arrested outside of the home and faces 16 weapons-related charges, including three counts of having a prohibited firearm.

Police also arrested two women — one of whom was found to have an outstanding warrant for theft, failing to attend court and breaching probation. The 33-year-old was to appear in Brandon court on Thursday.

The second woman arrested was released without charge.