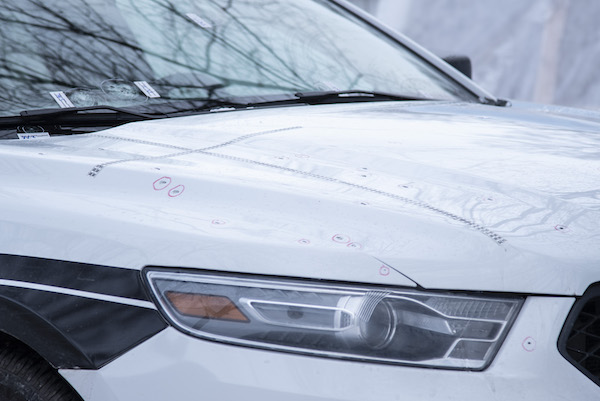 Bullet holes are seen on a Winnipeg police cruiser that was fired upon during an armed and barricaded situation on Bannerman Avenue on Wednesday, November 7, 2018. (WPS / HANDOUT) 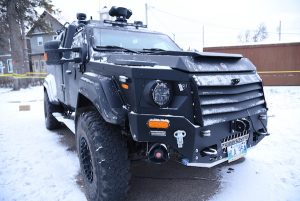 Winnipeg police have a 16-year-old boy in custody after an hours-long armed standoff on Wednesday.

Police responded to a report of shots fired in the area of Aikins Street and Mountain Avenue at around 6 a.m., further leading officers to a home in the 300 block of Bannerman Avenue.

During the course of the incident, numerous shots were fired from within the residence, as well as between officers and the suspect inside the home at around 1 p.m.

A Winnipeg police cruiser was also shot at, sustaining several visible bullet holes to its hood and windshield. 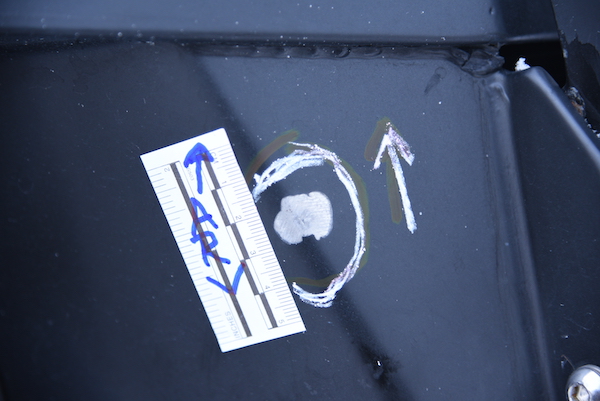 A close-up look at the bullet damage to the WPS ARV1 unit. (WPS / HANDOUT)

Police deployed their armoured rescue vehicle (ARV1) to the scene, which remained in place as of Thursday morning. Residents in area homes were asked to evacuate and nearby schools were placed into a hold and secure procedure.

Police used gas canisters to incapacitate the shooter and resolved the situation at around 6:10 p.m. He was taken to hospital as a precaution, but didn’t suffer any injuries.

“Nobody heads to work in the morning expecting that they will be fired upon by an active shooter,” said Winnipeg police Chief Danny Smyth.

“It’s frightening and it’s traumatic for everyone that’s involved in that. Most cops won’t experience an event like this in their career.”

Smyth says the police service had 100 officers involved in the incident throughout the day. Fifty of those officers have been interviewed and supported by the WPS behavioural health unit, while nine officers are on administrative leave to recover.

The youth has been charged with seven counts of attempted murder and more than a dozen firearms-related offences.