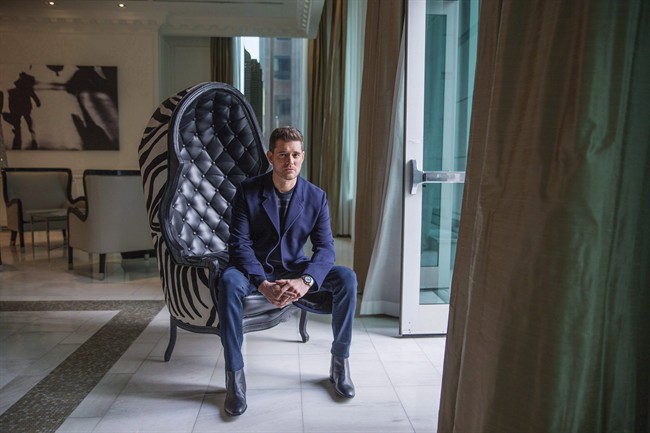 Michael Buble poses for a photo during a promotional media availability in Toronto in an October 18, 2016, file photo. (THE CANADIAN PRESS/Michelle Siu)

Canadian crooner Michael Bublé is kicking off an 11-city cross-country tour this spring with a stop in Winnipeg.

Bublé will perform at Bell MTS Place on Friday, April 19.

The Grammy Award winner recently returned to the stage after a lengthy absence, performing in Dublin, London and Sydney.