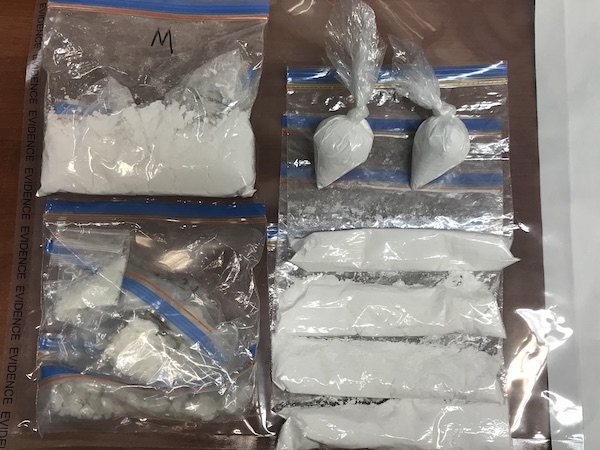 Multiple people are in custody facing charges after RCMP raided three separate homes in northern Manitoba and seized a number of drugs.

A home on Granite Crescent in Thompson was searched, where officers turned up 58 grams of cocaine along with drug trafficking paraphernalia.

A 41-year-old woman and 31-year-old man, both from Thompson, were arrested and charged.

Police also searched a home in Paint Lake Provincial Park and seized approximately 263 grams of cocaine and 76 grams of crack cocaine along with several pellet guns.

Nicole Pye, 45, and Tyrone Pye, 45, both from Liz Lake, have been arrested and charged.

On Saturday, officers in Norway House seized a quantity of methamphetamine along with drug trafficking paraphernalia from another home.