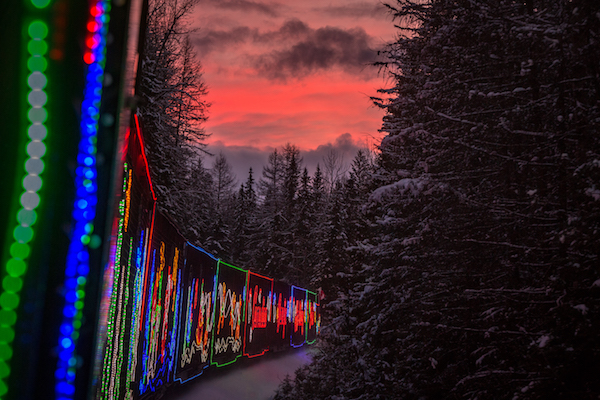 The Canadian Pacific Holiday Train will soon roll its way into Manitoba to celebrate 20 years of collecting food and raising funds for food banks across North America.

The train will stop in Winnipeg on Monday, December 3 at 9 p.m. at the grade railway crossing at Panet Road and Molson Street. The event runs from 9:15 to 9:45 p.m. and the stage will open to both sides.

Those who attend are kindly asked to bring money or a heart-healthy donation for their local food bank.

The program launched in 1999 and has raised more than $14.5 million for communities along CP’s routes in Canada and the United States, including 4.3 million pounds of food.

The Canadian leg of the train departs Montreal on November 27 and will travel west through Ontario, Manitoba, Saskatchewan, Alberta, and British Columbia for its final show of the 2018 CP Holiday Train tour in Port Coquitlam on December 18.