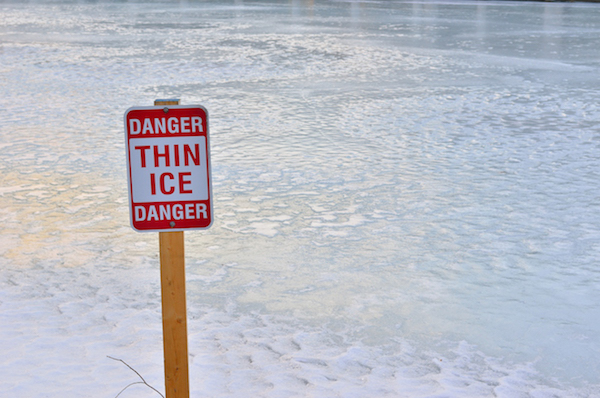 Thin ice has prompted a warning from emergency officials to stay off waterways. (UMANITOBA.CA)

The city says ice surfaces are thin and fragile, and falling into ice-cold water can be deadly.

“No one should risk being on the ice at this time of the year,” said Fred deGroot, public education officer, Winnipeg Fire Paramedic Service.

“The ice thickness is unpredictable on all waterways and ponds so we encourage all residents to steer clear of these surfaces, as well as the banks surrounding them.”

The warning is being echoed by Winnipeg police, who says they consider all frozen bodies of water within the city of Winnipeg to be unsafe for recreational use.

“Danger – Thin Ice” signs will be placed at specific locations by the WPS River Patrol Unit, but all ice should be considered unsafe despite visible signage, officials say.

The WFPS responds to an average of 200 water and ice safety calls each year.