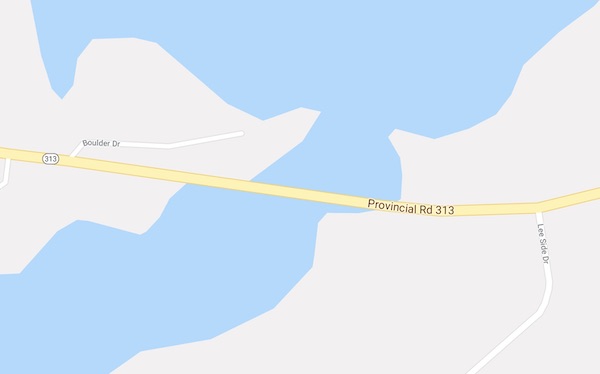 A bridge spanning the Winnipeg River along Provincial Road 313 near Lac du Bonnet will be completely closed to traffic beginning this weekend.

From November 24 to December 15, crews will close the bridge to replace the navigation span in the middle, which allows boat traffic to cross underneath. The province says the work is being done now to have the least impact on traffic in the area.

Manitoba Infrastructure says a detour route follows PTH 11, PR 211 and PR 520. Signage and variable message boards will be in place to direct traffic. After the full closure, traffic will continue to operate as a single lane controlled with traffic signals. The project is expected to be complete in December 2019.

The original bridge was constructed in 1908 as a wooden rail bridge for the Winnipeg Hydro Tramway. In 1931, it was replaced with a steel bridge which highway traffic was able to use. The bridge deck was later raised to accommodate rising water levels created by the construction of the McArthur Falls Generating Station. In 1963, the rail tracks were removed.