Home » The Canadian Press » ‘We Will Fight’ in Court If Back-to-Work Legislation Passes, Postal Union Warns

‘We Will Fight’ in Court If Back-to-Work Legislation Passes, Postal Union Warns 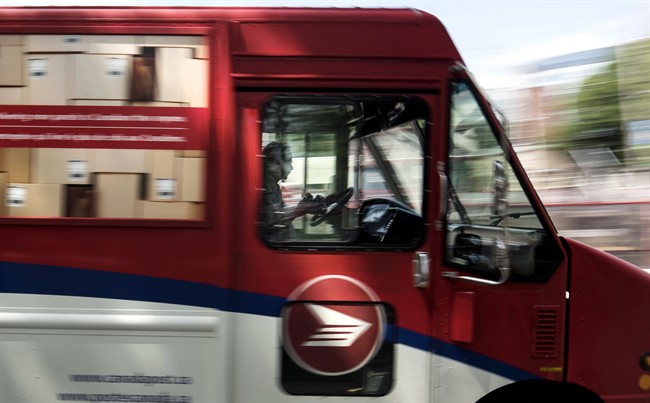 OTTAWA – The Trudeau government introduced legislation Thursday that could see striking Canada Post employees forced back to work, but said it would hold off debating the bill to give a special mediator time to settle the labour dispute.

Critics complained the move undermined the collective-bargaining process just one day after mediator Morton Mitchnick resumed efforts to break the impasse between the Crown corporation and its 50,000 employees.

The Liberal government did not come to the decision lightly, Labour Minister Patty Hajdu told the House of Commons after tabling the bill.

“Negotiated agreements are always the best solution,” Hajdu said as she spoke in support of a concurrent motion to fast-track the legislation if necessary. “We wouldn’t come down this road, however we have exhausted every option.”

Members of the Canadian Union of Postal Workers have been holding rotating walkouts for a month to back their contract demands, causing massive backlogs of unsorted mail and packages at postal depots.

CUPW has warned of a legal battle if the federal government passes the back-to-work legislation, calling such a move unconstitutional and noting that a judge ruled as illegal a similar bill introduced in 2011 by the previous Conservative government.

“We went to court and won this fight after the 2011 legislation,” the union said in a statement on its website. “We will fight once again, should that right be taken away.”

Mitchnick, a lawyer and former chair of the Ontario Labour Relations Board, was re-appointed earlier this week to bring an outside voice back to the bargaining table. He had previously tried, but failed, to bring both sides in the dispute closer to a resolution of their differences.

Introducing back-to-work legislation while the mediation process is underway all but guarantees that Canada Post will not bargain in good faith, said New Democrat MP Daniel Blaikie.

“That undermines the possibility of a fair deal coming out at the bargaining table because the company knows that the workers are going to be legislated back to work,” he said.

“We are not debating this legislation today because we still believe that Canada Post and CUPW can get a deal.”

Thousands of workers have stopped processing and delivering mail for a day at a time in communities across the country for the past five weeks.

Canada Post has said it could take several weeks — even stretching into 2019 — to clear the backlog that’s built up, especially at major sorting centres in Toronto, Montreal and Vancouver.

Hajdu said the dispute cannot be left to drag on because jobs and Canada’s economic well-being are at stake.

“This ongoing work stoppage has had significant negative impacts on Canadians, businesses, international commerce, Canada Post, its workers and their families,” she said.

“With Canadians and Canadian businesses feeling serious impacts, our government is prepared to legislate a path forward to keep goods moving.”

Business groups, particularly those representing smaller enterprises, have asked, more and more urgently, for the government to intervene before the Christmas shopping season gets any more intense.

Online marketplace eBay, which welcomed the legislation, said Thursday it has seen its smaller sellers squeezed out in favour of larger ones that are more able to afford alternative, often more expensive, shipping services while the postal dispute drags on.

“The disproportionate negative impact on Canadian small business is why eBay Canada has been leading efforts to encourage the government to intervene and restore Canada Post service,” eBay Canada general manager Andrea Stairs said in a statement.