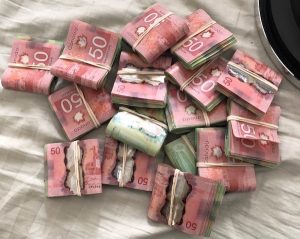 RCMP in Norway House, Manitoba have seized a large number of drugs and cash after executing several search warrants in the community.

Police stopped and searched a vehicle on Tuesday as part of an ongoing investigation, where they seized individually wrapped pieces of crack cocaine and a large sum of cash.

A 49-year-old woman and 29-year-old man from Winnipeg were arrested.

Police later searched a home on Alex Duncan Drive, where they seized approximately 113 grams of cocaine, a quantity of crack cocaine and more cash.

On Wednesday, RCMP searched another home on Roger’s Point in Norway House, where they found cash hidden in a wall.

Eight suspects are in custody and face numerous charges.