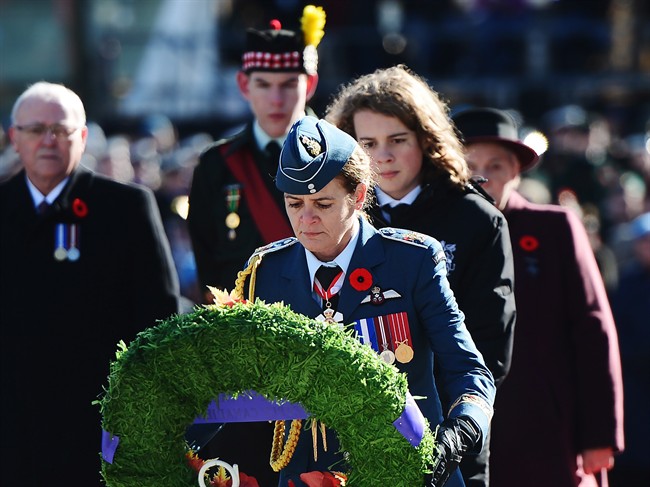 WINNIPEG — Gov. Gen. Julie Payette is visiting Manitoba for the first time on Monday in her role as Queen Elizabeth II’s Canadian representative.

Payette will appear at a special ceremony inside the Manitoba legislature at 10 a.m.

“We look forward to welcoming Her Excellency to our beautiful province and to introducing her to our sincere and hardworking people of Manitoba,” Premier Brian Pallister said.

Payette will be welcomed to the province by Pallister, Lt.-Gov. Janice C. Filmon and other dignitaries, and will receive a traditional 21-gun salute from the 26th Field Artillery Regiment Detachment Brandon followed by an inspection of a guard of honour made up of members of 17 Wing Winnipeg at the base of the Grand Staircase inside the Legislative Building. Monday’s welcoming ceremony will also feature the Royal Canadian Air Force Band conducting the Royal salute.

Payette’s two-day Manitoba visit includes both public and private events, such as a visit with the Francophone community, tour the Canadian Museum for Human Rights and the University of Manitoba, interact with Indigenous outreach groups and tour Canadian Forces Base 17 Wing Winnipeg.