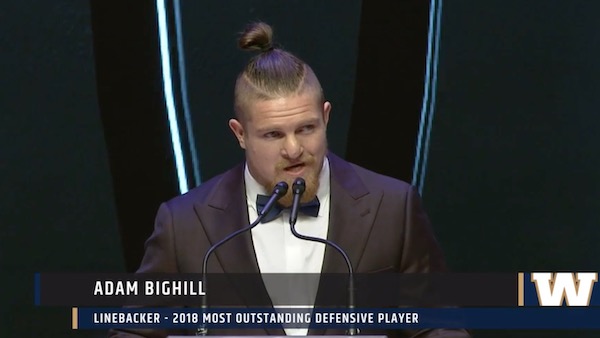 Adam Bighill, the CFL’s most outstanding defensive player, accepts his award during the Shaw CFL Awards in Edmonton on Thursday. (CFL.CA) 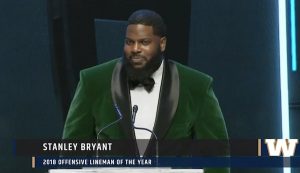 Stanley Bryant accepts his award after being named the CFL’s most outstanding offensive lineman during the Shaw CFL Awards in Edmonton on Thursday. (CFL.CA)

It’s the second time Bighill has won the award, claiming it also in 2015 while he was with the B.C. Lions.

It’s the second straight year that Bryant has won the honour. He’s the first to do so since Montreal’s Scott Flory (2008-09).

Voting was conducted by members of the Football Reporters of Canada and the nine CFL head coaches.