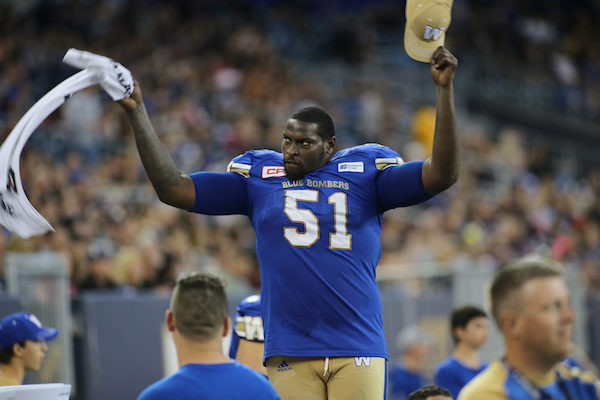 Hardrick, a Mississippi native, started 15 games in 2018, missing three due to injury.

“I think it’s well-documented our offensive line is a major part of our team, both on and off the field,” said Bombers GM Kyle Walters.

“Jermarcus would certainly be one of those players that exemplifies what we look for in an offensive lineman; tough, physical, emotional but controlled. His teammates really love him, and as an organization we appreciate everything he brings to the football field.”

Over his three seasons in Winnipeg, the 28-year-old has started 49 games at right tackle, being named a West Division All-Star in 2017.