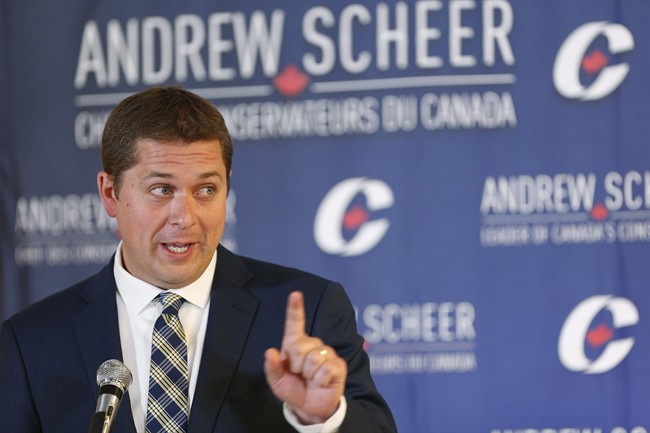 Scheer says there were three pipeline projects in the works when Trudeau became prime minister, and none have come to fruition.

He says a Conservative government would ensure pipelines are built by having clear and consistent rules for development, and a special ministerial representative to consult with Indigenous communities about such projects.

Alberta is ordering oil production cuts amounting to 8.7 per cent of output to reduce a growing glut.

Alberta Premier Rachel Notley has said that the rest of the world sells its oil at about $50 per barrel while Alberta fetches only $10.

Natural Resources Minister Amarjeet Sohi says the federal government shares Alberta’s frustration and is asking the National Energy Board to make sure Canada’s oil pipelines are being used as efficiently as possible.