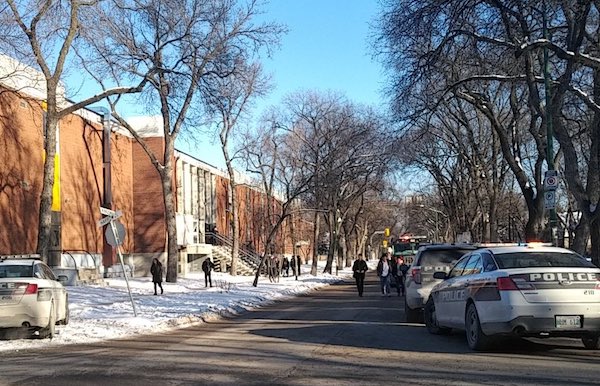 UPDATE: Friday, December 7 — Police say the victims were involved in a verbal dispute with the suspect just prior to the can of bear spray being unleashed. The suspect later turned himself into police and has been charged with five counts of assault with a weapon and possession of a weapon. He was released on a promise to appear.

WINNIPEG — Five students were hit with pepper spray outside of Kelvin High School on Thursday morning.

Winnipeg police and firefighters arrived at the Kingsway school at around 11:30 a.m. and decontaminated the students. A police spokesperson says no one was taken to hospital as a result of the attack.

The male suspect fled the scene, but has been identified as a fellow student. Police say there was no threat to other students inside the school at the time. However, parents have been notified about the incident.

Police are continuing to investigate and say it’s unknown what motivated the attack.