Home » News » Manitobans Donated Hundreds of Thousands on GoFundMe in 2018

Manitobans Donated Hundreds of Thousands on GoFundMe in 2018 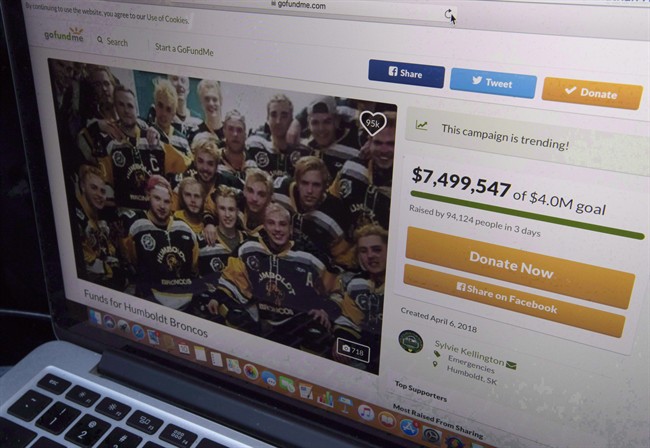 Winnipeggers and Manitobans alike gave generously this year to causes important to them, according to new data released by GoFundMe.

The U.S.-based fundraising website says three campaigns stood out in Winnipeg as raising the most amount of money in 2018.

A campaign to save this year’s Santa Claus Parade collected $161,501, making it the top fundraiser in the city.

Second on the list was when the community rallied around three-year-old Leighton Bracken after she was diagnosed with an aggressive form of cancer. At last check, donors has raised more than $156,000.

After beloved children’s entertainer Al Simmons lost his magic shop and homemade props in a fire, Manitobans raised more than $50,000 to help him rebuild and get back on his feet.

“Over the years, GoFundMe has become synonymous with helping others, and we saw this evolve to a new level in 2018, where GoFundMe became the ‘take action’ button for many,” said GoFundMe CEO Rob Solomon.

“Rather than being overwhelmed by the news, people instead started taking action with every event by sharing, donating, or even starting a GoFundMe to make an immediate impact.”

Outside of Winnipeg, the top three GoFundMe campaigns in Manitoba were:

Canada’s top-raising campaign was the Humboldt Broncos fundraiser, which garnered more than $15 million in donations.

The Time’s Up legal defence fund surrounding the #MeToo movement took the top spot on the platform, raising more than $22 million.