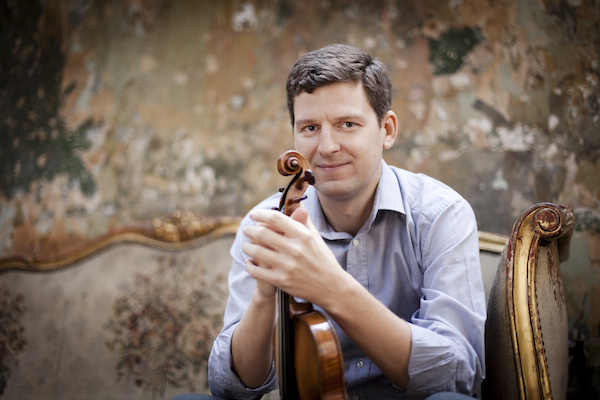 Growing up in Brandon, Man., James Ehnes would pretend he was a hot-shot violinist touring in concert halls around the world and racking up awards.

Ehnes never fathomed that his childhood fantasy could come to fruition. If anything, it was an underestimate.

The 11-time Juno winner emerged from a rehearsal Friday for a performance at the Dresden Philharmonic in Germany to find his phone was blowing up with what he assumed were texts from a group chat with his friends.

It turns out the flurry of notifications were congratulations for his second Grammy nomination in the best classical instrumental solo category. He also won an award in 2008 for a recording with the Vancouver Symphony Orchestra.

“Sometimes, I really do find I want to pinch myself and think, ‘Is this really happening?”’ Ehnes, 42, said in a phone interview. “I am one of those very lucky people that gets to do what I always wanted to do.”

Ehnes is being recognized for his pulse-pounding performance of a concerto that Pulitzer Prize-winning composer Aaron Jay Kernis wrote for the world-renowned musician. Having premiered at the Toronto Symphony Orchestra in March 2017, the sonically dense score reaches dizzying tempos that demand near superhuman dexterity of the soloist. But Ehnes said he was up for the challenge.

“It’s a really virtuosic vehicle for the violinist,” said Ehnes. “The sort of technical demands (Kernis) puts on the player … are pushing new boundaries for the technique on the violin.”

While his hometown in Manitoba may not seem like a musical mecca to some, Ehnes said he believes his Brandon upbringing was essential to his musical rise.

“I don’t think I could have grown up in a better place for what I wanted to do,” he said. “I got to grow up in a nice town with a nice normal life and nice normal friends instead of having to be torn away from my family and go to some special school.”

His father was a trumpet professor at Brandon University, and Ehnes said the entire music faculty became like an “extended” family to him.

Noted violinist Francis Chaplin took Ehnes under his wing, helping the musical prodigy hone his craft before making his orchestral debut with the Orchestre Symphonique de Montreal at age 13.

Ehnes went on to graduate from Chaplin’s alma mater of Julliard, graduating to become one of the most sought-after violinists in the classical music scene.

In his roughly 20 years on the international stage, Ehnes has performed in some of the world’s most hallowed concert venues across four continents, including New York’s Carnegie Hall, the Vienna Symphony Orchestra and the Los Angeles Philharmonic.

But as he and his violin tour the globe with 110 concerts this year, Ehnes, who spends as much time as he can with his wife and two young children in their home near St. Petersburg, Fla., said he is particularly looking forward to his performances in Toronto, Vancouver and Montreal this summer.

“I love playing (in Canada) … for these audiences who have known me for my whole career.”

The Grammy winners will be announced on Feb. 10 at a ceremony in Los Angeles.