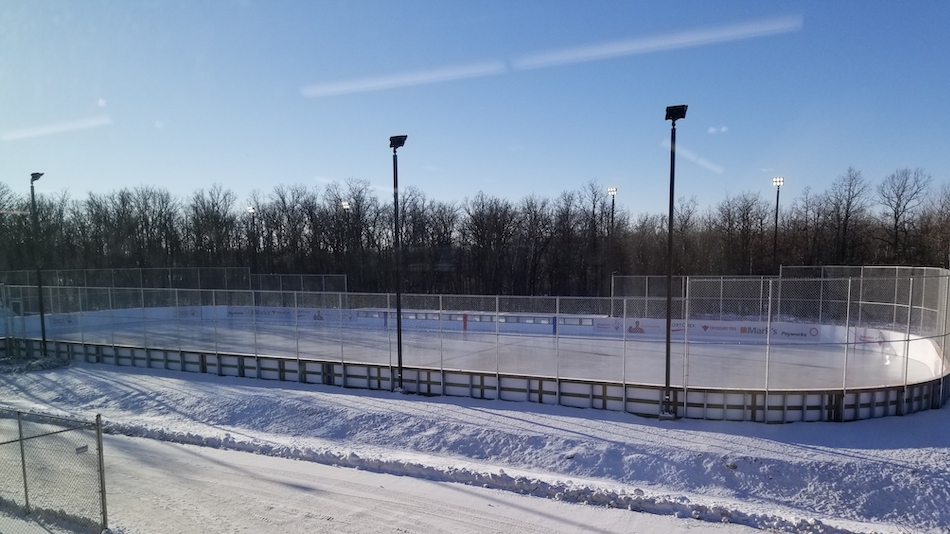 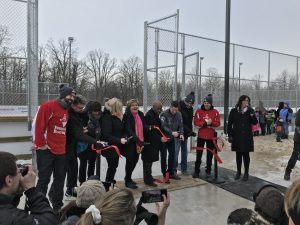 The Jumpstart Community Rink at Dakota Community Centre was funded by Canadian Tire Jumpstart Charities, all three levels of government and private donors.

The $680,000 rink is located behind the new Dakota Fieldhouse and features design adjustments to accommodate hockey players of all abilities. The rink includes Plexiglas inserts within the player and penalty boxes for visibility for those using a sledge, as well as specific height considerations for gates and entryways for ease of access on and off the ice.

“We are beyond proud to officially open the Jumpstart Community Rink as part of the charity’s commitment to bring play to kids of all abilities,” said Scott Fraser, president, Canadian Tire Jumpstart Charities.

“Sport and play help kids develop important social and emotional skills with lifelong benefits and an accessible rink will help the Winnipeg community foster those skills in a more inclusive way.”

Funding for the rink included $250,000 from Canadian Tire Jumpstart Charities, $50,000 each from the city and province, $12,000 raised from Dakota’s first-ever charity golf tournament, and support from private donors, along with funds from the centre’s hockey and ringette programs.

“The chance to get on a sledge led me to travel the world, establish lifelong friendships with my teammates, and develop skills for on and off the ice,” said Greg Westlake, three-time Paralympic ice hockey medallist.

“The Jumpstart Community Rink promises opportunities for kids here in Winnipeg and sets a standard that I hope other Canadian communities will soon follow.”

The 85′ by 200′ rink has a sand base and will transform into a regulation-sized beach volleyball court during the warmer months.

The ribbon has been cut! Come check out the brand new Jumpstart Community Rink! Regular hours are 8am-10pm. A big thank you to @CTJumpstart for making this project possible! #ODR pic.twitter.com/hyq2w3ZNxF

Canada’s first fully accessible outdoor rink is now open ??at Dakota Community Centre ? here’s a glimpse of the rink! Thanks to everyone who made this possible and shoutout to @CTJumpstart & @Mayor_Bowman one rink down ? many more to go #sledgehockey #accessibilityforall pic.twitter.com/cj31SINlKa