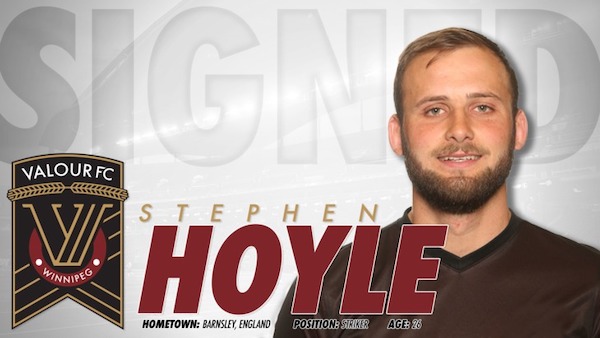 Valour FC has signed Hoyle to a multi-year deal, following the completion of his 2018-19 season with Canterbury United of the New Zealand Premiership.

“Stephen is a player that we were made aware of through scouting connections and contacts overseas, and we reached out to him early on in the process,” said Valour FC head coach and GM Rob Gale.

“He’s a proven goal scorer with a great work ethic to lead the line and has a natural instinct around goal. He turned down other opportunities to come to Winnipeg, and we’re looking forward to his arrival.”

Hoyle, 26, has scored 31 goals in 54 games for his current club. He was honoured with the Mainland Striker of the Year and Player of the Year awards at the end of the 2017-18 campaign.