Winnipeg Woman Guilty of Hiding Infant Remains May Have Wanted to Visit: Defence 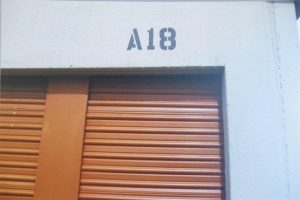 An evidence photo from April 18, 2016 in Winnipeg, presented by the prosecution in the trial of Andrea Giesbrecht case on Monday July 18, 2016 is shown in this handout photo. An appeal hearing is being held today for a Winnipeg woman who was convicted of hiding the remains of six babies in a rented storage locker. Andrea Giesbrecht was sentenced in July to 8 1/2 years in prison for concealing the remains. (THE CANADIAN PRESS/HO)

WINNIPEG – A Crown attorney says a Winnipeg woman who was convicted of concealing the remains of six babies made “extensive efforts” to hide them and cover up any smell of decomposition.

Jennifer Mann spoke at the appeal of Andrea Giesbrecht, who was sentenced to 8 1/2 years in prison after the remains were found in a U-haul storage locker she had rented.

Giesbrecht’s trial was told the babies were Giesbrecht’s, were at or near full-term and were likely born alive at different times over several years.

Giesbrecht’s lawyer, Greg Brodsky, is appealing both the conviction and the sentence.

Brodsky told the Manitoba Court of Appeal Giesbrecht wasn’t hiding the bodies, but was instead keeping them — possibly in order to keep visiting them.

Mann says the fact some remains were wrapped in multiple bags and put in plastic tubs, while others were put in detergent in plastic pails, shows Giesbrecht intended to conceal them.

“Surely that can be considered a discarding, when you place infants in that manner,” Mann told the three Appeal Court justices hearing the case Wednesday.

Brodsky said the Crown did not prove during the original trial that Giesbrecht was trying to get rid of the remains.

“We contend that her actions do not constitute disposal. Rather, the products of conception were stored, kept and saved,” Brodsky told court.

“Why would anyone want to store six bodies?” Justice Christopher Mainella asked at one point.

Giesbrecht is entitled to the presumption of innocence and it’s on the Crown to prove she intended to dispose of the remains rather than simply store them, Brodsky added.

The argument was challenged by Mainella.

“I didn’t see an … authority in your case book that says that you don’t commit this offence by being good at hiding dead bodies. Because essentially, that’s what you’re saying is that you can defeat this charge by burying a body in your backyard (and) you’re still in possession of it.”

The bodies were found by U-haul workers after Giesbrecht fell behind on her rental payments in October 2014.

Giesbrecht never testified, the trial never heard a motive for her actions, and the remains were too decomposed to determine causes of death.