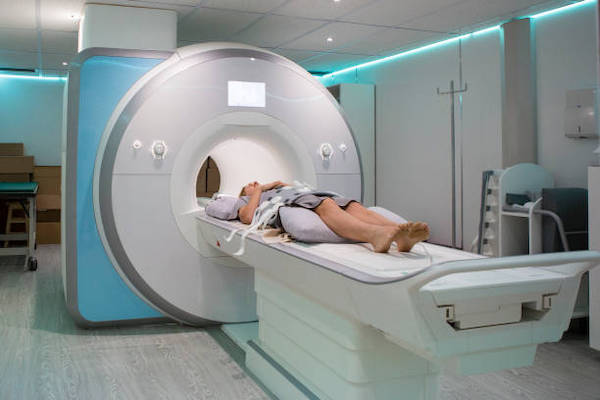 A female patient lies and waits for her MRI scan. (STOCK PHOTO)

The dream of a long-overdue MRI scanner in Dauphin is now a reality after the province announced Monday the machine is now in use.

The new MRI machine is expected to perform approximately 3,500 scans per year and reduce the number of inter-facility transfers required for patients who would previously have been transferred to Winnipeg or Brandon for the scans.

“With another MRI unit now operational within our region, we know this will help reduce the burden and stress on patients and families who would otherwise have to travel greater distances to have their MRI scan done,” said Penny Gilson, CEO of Prairie Mountain Health.

The MRI, promised in 2013 by the former NDP government, will also reduce wait times at other centres where scans would have been scheduled to accommodate Dauphin residents.

The scanner is located close to Dauphin Regional Health Centre’s existing diagnostic imaging department and the new $23-million emergency department, which is currently under construction and slated to open in mid-2019.