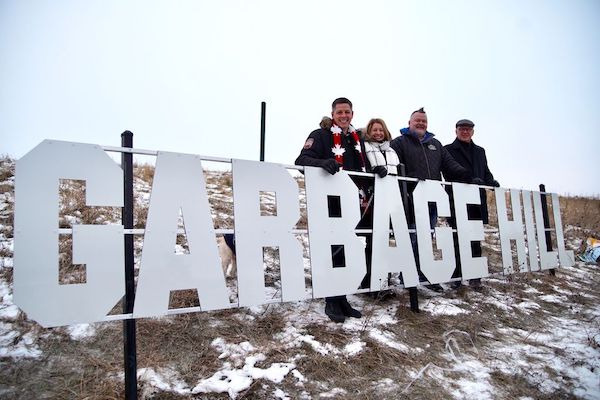 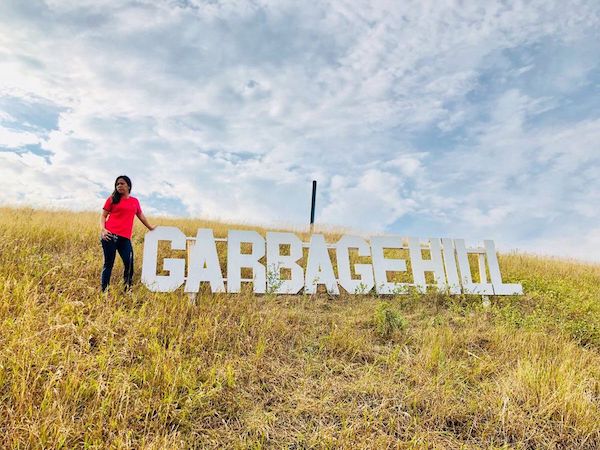 Someone placed a homemade sign on Garbage Hill in September 2018, which garnered city-wide attention on social media and beyond. The sign was promptly removed by city workers the same day. (IVY INFORTUNO / TWITTER)

WINNIPEG — A mysterious sign that first appeared atop Garbage Hill in the fall has made a return.

The Hollywood-style sign was erected on a mound of Westview Park, which is affectionally known as Garbage Hill to residents as being a former landfill site.

The sign was hastily removed by city crews because it was unauthorized and posed a safety risk, but not before it gained massive attention on social media and was picked up by news outlets across the country.

Mayor Brian Bowman was quick to defend the sign and show support for its eventual return — albeit sanctioned by the city this time.

Long live Garbage Hill. Our Hollywood mountain on the prairies. I’m with Winnipeggers who want the Garbage Hill sign back provided City processes are respected.

The sign was unveiled Thursday morning by Bowman and Shane Storie, president of SRS Signs and Service Inc.

The new sign is constructed of aluminum composite panels, sheeted in white reflective vinyl for the letters. The sign measures three feet tall by 20 feet long and uses a font inspired by the original “Hollywood” sign in Los Angeles called Hollywood Hills Font.

The sign was donated by Storie at no cost to the city, who was also involved to ensure it complied with city bylaws and regulations.