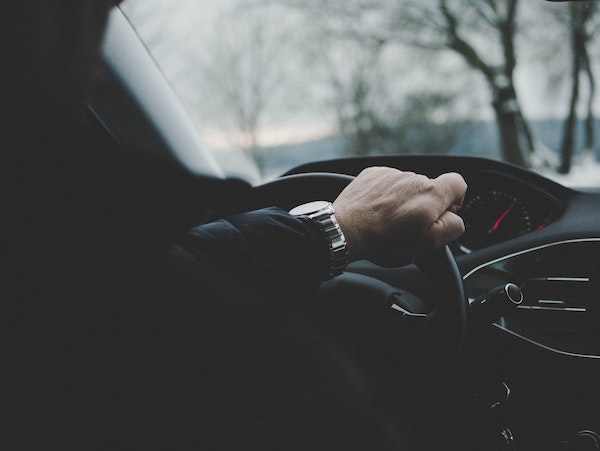 Manitoba Public Insurance works diligently each year to prevent and snuff out fraudsters who try to make bogus claims.

The public auto insurer says such fraud costs Manitoba ratepayers about $50 each per year or $50 million combined annually.

Some of the more significant frauds make MPI’s annual top five list as compiled by unique circumstances surrounding each claim. In January, MPI will be releasing a public awareness campaign about the cost of auto insurance fraud and what Manitobans can do to help keep these costs in check.

As of November, MPI’s Special Investigation Unit had closed 1,600 investigations for a savings of more than $10 million.

A devout fan of Comic-Con, the 25-year-old woman was observed walking around Winnipeg’s Convention Centre for six hours, enjoying her favourite superheroes, wizards, spaceships, and zombies. An investigator also observed the woman going on numerous shopping trips and driving the two-hour round trip from her rural home to Winnipeg.

Just one problem: the woman was collecting income replacement payments after stating she was unable to work due to injuries from a motor vehicle collision. She told her MPI case manager she could only walk a maximum of 15 minutes before getting dizzy and was unable to drive for long periods of time. After receiving information via the Tips Line, an investigation was opened.

With all the conclusive evidence in hand, Manitoba Public Insurance terminated the woman’s income replacement payments and demanded repayment of $34,000 in benefits already paid out.

The registered owner opened a theft claim, telling her MPI adjuster she had given her car to her 22-year-old son, who reported the keys were stolen while he was attending a house party. The truth would become evident days later thanks to a number of witnesses, who had quite the story to share with police and MPI investigators.

One witness stated that while driving down a road in rural Manitoba around 7 a.m., he was shocked to see a man deliberately light a fire within his vehicle which was parked in a ditch.

As the vehicle quickly became engulfed in flames, the witness stopped and asked if the man was okay. The young man replied, “Yes, thanks. And have a nice day,” before running off into the bush. The witness contacted RCMP.

The investigation would also uncover that the same vehicle had been involved in a hit-and-run collision the previous evening in Winnipeg. After being awoken by the loud crash, a neighbour quickly attended to the crash site where he came upon a young man who told the neighbour “not to speak to police.”

The man, who appeared highly intoxicated, then quickly drove away in a Dodge Nitro ? the same vehicle which was burned hours later in the rural ditch.

Police showed photos of several individuals to the witnesses, who were able to conclusively identify the driver. With the evidence in hand the claim was denied for false statement, resulting in a savings of $57,000 to Manitoba Public Insurance ratepayers.

The registered owner of the vehicle opened a total theft claim with her MPI adjuster after police found her vehicle badly damaged. She reported she had given her vehicle to her son, who told MPI staff he had gone for breakfast with his brother at a downtown hotel. The son, 45, claimed that after breakfast he went to the washroom while his brother also left their table to play VLTs.

The son presumed an opportunistic thief must have taken the vehicle keys out of his unattended sweater which had been left on a chair.

The man’s story quickly unravelled when hotel staff confirmed the restaurant hadn’t served breakfast in a number of years and the brother stated he hadn’t seen his brother in over nine months.

MPI subsequently filed a Statement of Claim for repayment of the $22,800 already paid.

No. 4: “Not So Jolly Christmas Party”

The Winnipeg man told his adjuster that while he and his girlfriend were attending a Christmas party, someone stole his vehicle from a parking lot. He confirmed that he was missing a key. The man’s Dodge Journey was recovered not far from the man’s residence ? badly damaged after crashing into a tree.

An investigation was launched after several suspicious circumstances came to light. Investigators would learn the man and his girlfriend did return home from the party, with the male appearing highly intoxicated and agitated. Shortly after arriving home the 22-year-old vehicle owner was seen driving off in his vehicle.

When presented with all the facts the vehicle owner withdrew their claim. Savings to Manitoba Public Insurance ratepayers: $22,600.

No. 5: “Vehicle Technology Tells All”

Thanks to an anonymous call to MPI’s Tips Line, Autopac ratepayers were saved nearly $40,000.

The vehicle owner opened a claim after his 2014 Nissan Titan was badly damaged after crashing into a ditch in rural Manitoba. The man claimed that he was driving at the time of the crash. However, due to tips/information provided, investigators believed the man’s wife was actually driving and was heavily intoxicated at the time of the crash. However, police were unable to place her at the crash.

The vehicle owner was told that the vehicle’s onboard Crash Data Recorder had been removed and staff with MPI’s Training and Research Unit were going to download the data which would confirm occupants’ weight in the front seat at the time of the crash. The man then withdrew his claim.