By Chris Purdy, The Canadian Press 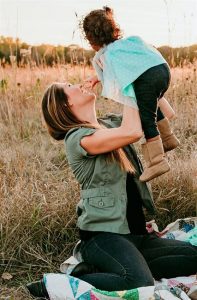 Chrystie Fitchner knows she made a stupid mistake, a one-minute mistake.

And she feels she’s paid enough for it over the last eight years.

The former Winnipeg high school teacher made headlines around the world for participating in a mock lap dance with a fellow teacher during a school pep rally in 2010. Cellphone videos of the dance posted online scored millions of hits and became fodder for talk shows and tabloids, including Howard Stern and TMZ.

Fitchner lost her job, then her apartment and ended up living out of her car and sleeping on friends’ couches. She was repeatedly slut-shamed by strangers and told she should kill herself.

“I definitely contemplated suicide a few times,” Fitchner told The Canadian Press. “I just wanted to be able to escape everything that was going on.

“I feel like people thought, ‘Oh, she’ll just pick up and carry on and get a new job.’ It does not happen. I lost everything. I really, really did.”

In her first media interview, the 41-year-old said she has lived outside Canada for several years and built a wonderful new life as a firefighter’s wife and mother of two young girls. She gets occasional work as a substitute teacher, although uses her husband’s last name on the job.

She fears the lap dance seen around the world will continue to hurt her life.

She is unlikely to ever get a full-time teaching job again, she said. And, although she wants to, she will probably never return home to Manitoba.

The daughter of a nurse and an NHL player turned teacher, Fitchner said she came from a good family with good values. She worked as a teacher in different Winnipeg schools over seven years — the last two at the city’s Churchill High School, where she taught gym and health and coached the girls volleyball team.

During the February 2010 rally, she was paired with teacher Adeil Ahmed, who had recently joined the school on a short-term contract. The pair, dressed in football uniforms, were to compete against other costumed teachers in a dance-off in the school gym.

They hadn’t prepared a routine, said Fitchner, and she was anxious about dancing in front of staff and students. She said it was Ahmed who suggested she sit in a chair while he danced around her.

What followed was a disaster. Ahmed straddled and grinded against Fitchner, then simulated performing oral sex on her. Students cheered and laughed. Fitchner said she got caught up in the moment and started to play a role, moving to the music in the chair and encouraging Ahmed with her hands.

When the dance ended, Fitchner shook her head and cowered.

“It’s in that moment I realized this wasn’t good. I was so embarrassed. And then my colleague stood up, with his hands raised up, as if this was the most glorious moment to be proud of.”

There was outrage from parents and the public. The two teachers were suspended. Fitchner said she was forced to resign. Ahmed’s contract wasn’t renewed.

She received most of the publicity. Her name was published and her face was plastered everywhere. A holiday photo of her in a bikini swiped from Facebook made the front page of one newspaper. It was next to a photo of Canada’s women’s hockey team winning gold at the Vancouver Olympics.

Ahmed’s name later made the news but Fitchner believes the criticism and harassment targeted her.

“The way I was treated as a female in this … there was so much inequality and so much shaming,” she said.

“I felt like I had done a dance by myself or like a pole dance or something.”

The Canadian Press was unable to locate Ahmed. Fitchner said she last heard he was teaching in Ontario but she hasn’t spoken to him since their last day at Churchill school.

For all the backlash, Fitchner said, she also got support from some teachers and students who felt her punishment was too severe. Their words helped as she navigated months and years of depression and anxiety.

She eventually landed some substitute teaching jobs in small communities outside Winnipeg, but was told she’d never work full-time as a teacher again. She said she couldn’t find any full-time work in any profession in the province.

“That incident blackballed me.”

Her family has brought her happiness, Fitchner said, but she’s missing a professional piece of her life. She still has anger and resentment. She hopes that will change one day.

“I’m just a good person who made a mistake.”