Home » Columns » Give and Take: Jackman-Atkinson 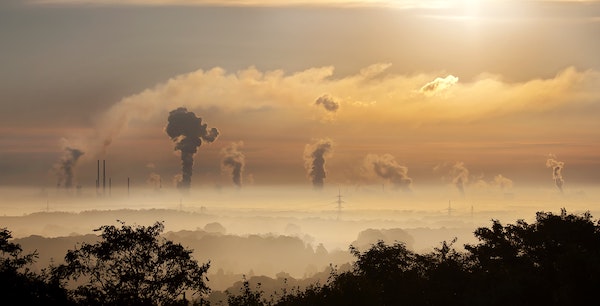 NEEPAWA, Man. — When the federal or provincial governments look at agriculture in the context of emissions and carbon taxes, it’s usually seen as a contributor. It’s true that agriculture is a consumer of fossil fuels — burned in tractors and combines or to heat greenhouses — but those in the industry also know that agriculture is on the other side of the equation. According to the 2016 Census of Agriculture, there were 159 million acres in agricultural production, giving farmers a huge role to play in activities like carbon sequestration and managing or mitigating the effects of more severe weather.

We haven’t seen the positive role the industry can play really talked about at the national level, until now. Earlier this month, a Canadian Senate report was released, called “Feast or Famine.” The 11 senators who formed the committee studied how Canada’s efforts to meet its greenhouse gas emissions reduction target might affect the country’s agriculture, agri-food and forestry sectors. The final report included 16 recommendations.

The agriculture sector is important to Canadians. Not just to farmers and rural Canadians, but also those in the downstream industries that depend on it. In 2014, one in eight Canadians was employed in the agriculture and agri-food sectors and those sectors generated nearly $112 billion, or 6.7 percent, of Canada’s gross domestic product (GDP) in that year.

In preparing the recommendations, the senators wanted to find a balance between protecting the environment and supporting the foundation of Canada’s economic well-being — Canadian workers and consumers.

In their research, the senators found that both industries were already being impacted by climate change. From more invasive species and frequent forest fires, to irregular weather patterns and more severe floods and droughts, those in the forestry and agriculture industries are on the front lines. Many of the recommendations are ways to foster and strengthen innovation and reward those producers who are undertaking practices that provide benefits to the ecosystem.

The recommendations also aimed to help insulate producers, and the broader, food consuming public, from increasing costs of production. The recommendations include exemptions on fuel costs for heating and cooling machinery used in production, as well as propane and natural gas used in farming.

To me, the most interesting recommendations were around recognizing the work farmers do to combat climate change and mitigate its effects. Recommendations from the Senate report included building on existing provincial models to develop offset protocols that would allow agricultural producers and forest owners/managers to receive additional income through carbon credits. Senators also want to see research to help establish baseline levels of soil organic carbon, important information that can be used to support the development of offset protocols for carbon sequestration across Canada.

The committee also recommended that federal agencies work with their provincial and territorial counterparts to ensure that there are incentives available across Canada for beneficial management practices. But not only that, they also want to see support for those already doing this type of work, something missing from much of the legislation I have seen proposed.

If governments were serious about actually reducing carbon in the atmosphere, not just about implementing another tax, they would harness the power of those who control the vast majority of Canada’s productive land base. Right now, there are very few incentives and almost nothing to recognize the large role farmers can play and the work many are already doing. Hopefully, that will change.