Home » The Canadian Press » Job Cuts Ahead: Layoff Protection for Manitoba’s Civil Servants About to End

Job Cuts Ahead: Layoff Protection for Manitoba’s Civil Servants About to End 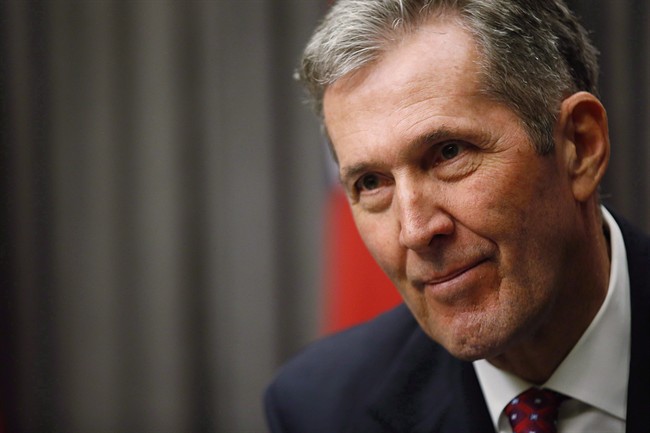 More public-sector job cuts appear to be looming in Manitoba, and a long-standing ban on civil service layoffs is about to expire. Manitoba Premier Brian Pallister speaks to media after the reading of the throne speech at the Manitoba Legislature in Winnipeg, Tuesday, Nov. 20, 2018. (THE CANADIAN PRESS/John Woods)

WINNIPEG – More public-sector job cuts appear to be coming in Manitoba and a long-standing ban on civil service layoffs is about to expire.

Premier Brian Pallister, in his third year of a promise to eliminate the deficit by 2024, says he is not planning any large-scale layoffs, but some trimming remains to be done — largely by not filling vacant positions when someone retires or quits.

“Senior management is still heavy outside of core government, in the so-called MUSH sector (municipalities, universities, school boards and hospitals) and in the Crowns,” Pallister said in a year-end interview with The Canadian Press.

“(It’s) heavier than we would like, and so there is that aspect that has to be dealt with.”

Pallister was elected in 2016 on a promise to end a string of deficits that started under the former NDP government. He has already cut civil service jobs by eight per cent through attrition and has ordered Crown agencies to reduce management positions.

Some 13,000 civil servants have been protected from outright layoffs by a special clause the NDP agreed to in the last five-year collective agreement. That deal expires in March, and the Manitoba Government and General Employees’ Union expects the axe could fall on many workers.

“Our members themselves are very nervous and very scared of what is going to happen,” union president Michelle Gawronsky said.

“These people have mortgages to pay and they’ve got children to feed.”

The government already has served notice about a small number of potential layoffs for when the collective agreement expires — up to 11 workers in real estate services, up to eight employees in government translation services and some others.

Pallister said the layoffs are a small fraction of the provincial workforce and spending restraint is needed to end years of red ink that led to two credit downgrades by bond-rating agencies.

The province’s annual deficits have dropped, but this year’s is forecast to come in at $518 million. Rising interest rates and uncertainty over global trade agreements are also threats, Pallister said.

“Apart from management trim at the top of the organization, there’s been virtually no layoffs,” the premier said.

“Any Manitoban who has to manage money and has to get value out of their paycheque will appreciate the fact that this is a government that is keeping its word and stabilizing our finances in the province.”

Gawronsky said Pallister also made promises to protect front-line jobs and services. Since the 2016 election, some hospital emergency rooms have closed, services such as forest-fire water bombers have been privatized and subsidies for things such as chiropractic care have been reduced.

“It was a promise this premier and his government made, that they were going to … protect the services Manitobans rely on,” she said.

“We’re not seeing that in any way, shape or form.”