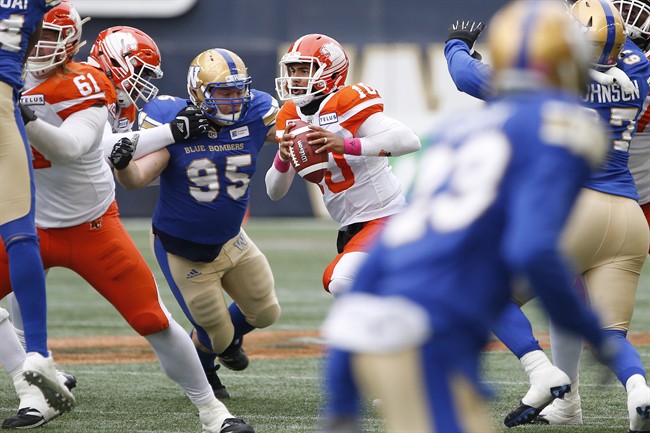 BC Lions’ quarterback Jonathon Jennings (10) gets pressure from Winnipeg Blue Bombers’ Jake Thomas (95) during the first half of CFL action in Winnipeg Saturday, October 28, 2017. (THE CANADIAN PRESS/John Woods)

“I’m very excited to be returning for my eighth year with the Bombers,” said Thomas. “Winnipeg and the organization have become like a second home to me, and to be able to have another shot at our ultimate goal is something I am very appreciative for.”

In 2018, Thomas recorded three sacks, 17 defensive tackles and two forced fumbles while appearing in all 18 games.