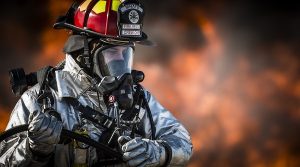 WINNIPEG — Thirty people were evacuated early Sunday after a fire at an apartment complex in the 600 block of Ellice Avenue.

Crews arrived on scene just after 4 a.m. to find two people clinging to a ledge on the second floor of the three-storey building. Firefighters used ladders to quickly rescue the two, while other tenants were found to be self-evacuating outside of the front and rear doors.

Firefighters had the blaze under control by around 4:30 a.m. and worked to ventilate smoke from the building. While conducting a search, they found one person inside and transported them to hospital in critical condition. They have since been upgraded to unstable. Crews also located a deceased cat.

About 30 people took shelter in a nearby business before a Winnipeg Transit bus could arrive. Paramedics assessed the tenants and no other injuries were reported. The city’s Animal Services Agency is also on scene to provide care for other animals who were in the building.

Crews also fought a separate fire Saturday evening in a single-storey home in the 100 block of Augusta Drive. Firefighters responded at around 6:40 p.m. and launched an interior, offensive attack. All occupants safely evacuated, but one person was taken to hospital in stable condition. No other injuries were reported.

The cause of both fires remains under investigation and no damage estimates are available.